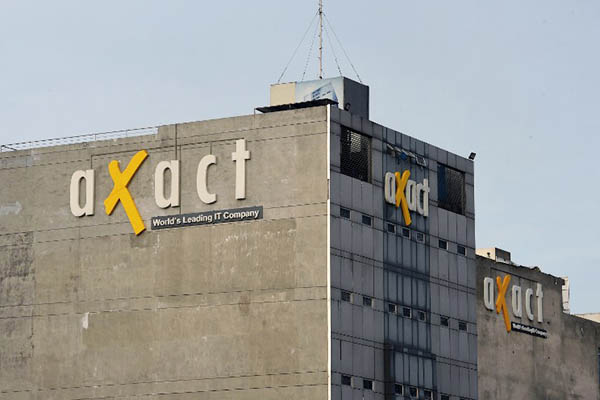 Officials have confiscated computers and held employees for questioning in ongoing investigation.

Pakistani investigators on Tuesday carried out raids on a firm accused of running a global fake degree empire, officials said, confiscating computers and holding employees for questioning as the scandal deepened.

The firm Axact was accused by the New York Times of running a network of hundreds of websites for phony universities complete with paid actors for promotional videos, as part of an elaborate scheme that generated tens of millions of dollars annually. Federal Investigation Agency (FIA) officers swooped on the Karachi headquarters of the company, seizing equipment and records and expelling employees from the building, a member of the raiding party told AFP on condition of anonymity.

Meanwhile, the company’s Rawalpindi office has been sealed and employees were being questioned at the site, an official said. The same official had earlier said that two employees had been arrested, but later clarified they were being quizzed and had not been charged with a crime.

“The raid is still ongoing,” said Mehmoodul Hassan, acting director of the FIA’s Cyber Crime Wing. “Our team is gathering evidence. Our director general will release all details about the raid once it’s completed.”

The move came shortly after Interior Minister Chaudhry Nisar Ali Khan told the agency to probe “if the said company is involved in any such illegal work which can tarnish the good image of the country in the world.”

The report by The New York Times, which quoted former employees and analyzed more than 370 websites of fake universities, accreditation bodies and other purported institutions, sparked a wave of criticism on social media even as the company denied wrongdoing. Axact’s media venture, BOL, is set to launch a news channel, featuring leading TV anchors and journalists lured from previous employers by high salaries, heightening interest in the story.

The NYT article cited clients from the U.S., Britain and the United Arab Emirates who had paid sums ranging from thousands to hundreds of thousands of dollars for their degrees—with some believing the universities were real and they would soon receive coursework.

The “university” websites mainly route their traffic through servers run by companies registered in Cyprus and Latvia, and employees would plant fictitious reports about Axact universities on CNN iReport, a website for citizen journalism. Axact and its CEO, Shoaib Ahmad Shaikh, did not respond to requests from AFP for comment on Monday or Tuesday.

But a message on its website declared the story “baseless, substandard, maligning, defamatory, and based on false accusations” and added it would sue The New York Times.

The message did not directly address the allegations but accused domestic media rivals of colluding with the U.S. newspaper to plant a slanderous story in order to harm its business interests. According to an FIA official who did not wish to be named, the allegations raised by the newspaper would be a crime under Pakistan’s Electronic Transaction Ordinance, punishable by seven years in prison.