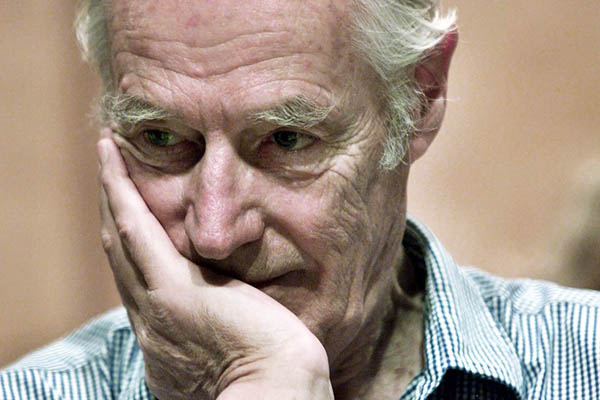 British music producer is widely regarded as instrumental to the Beatles’ success.

Legendary British record producer George Martin, who turned the Beatles into the best-selling band in history, has died aged 90, his family said Wednesday, as tributes poured in for “a giant of music.”

Beatles drummer Ringo Starr was the first to give the news, tweeting a picture of the “Fab Four” with Martin and saying: “God bless George Martin peace and love to Judy and his family… George will be missed.”

Paul McCartney—the only other surviving member of the band signed up by Martin in 1962—penned a tribute, calling him “a true gentleman” and “a second father.”

“If anyone earned the title of the fifth Beatle it was George,” McCartney wrote on his website. “I’m so sad to hear the news… he was a true gentleman and like a second father to me. The world has lost a truly great man who left an indelible mark on my soul and the history of British music.”

Martin’s family confirmed that the producer, who helped revolutionize the sound of pop music, died at home on Tuesday, and thanked “everyone for their thoughts, prayers and messages of support.”

Martin signed up the Beatles to his Parlophone label after hearing their demo record, recognizing their potential while criticizing their composition skills.

British Prime Minister David Cameron tweeted that Martin was “a giant of music.”

Abbey Road, the iconic studios in London where Martin and the band most famously worked, issued a statement honoring “Sir George” for “transforming music recording with his creative flair, innovation and passion.”

Martin was born on Jan. 3, 1926, a carpenter’s son from north London, and learned the piano as a teenager, dreaming of becoming a composer and performer like Sergei Rachmaninov. After serving in World War II, he studied at the prestigious Guildhall School of Music and began playing the oboe in bars and clubs around London.

His first job was at the BBC’s music library. He then joined the record label Parlophone, a division of EMI, and rose to become its head by 1955 at the age of just 29.

Martin quickly realized the Beatles’ potential after first hearing them in 1962. “I liked them as people apart from anything else and I was convinced that we had the makings of a hit group,” he told Melody Maker magazine in an interview. But he added: “As composers, they didn’t rate. They hadn’t shown me that they could write anything at all.”

The band’s first single “Love Me Do,” which reached number four in the charts in October 1962, “was pretty poor but it was the best we could do,” he said.

That was followed by “Please Please Me,” which made number two, and “From Me To You” in April 1963—their first chart-topper. He also composed scores for the Beatles films A Hard Day’s Night and Yellow Submarine.

Martin helped combine the sophistication and discipline of his classical background with their raw rock’ n’ roll attitude, spearheading the new generation of “British Invasion” groups.

From the string octet on “Eleanor Rigby”, the layered psychedelia of “Strawberry Fields Forever” to the orchestral section on “A Day In The Life,” Martin’s arrangements gave color and shape to the musical ideas of John Lennon and McCartney, earning him the nickname the “Fifth Beatle.”

Martin described the creative process of “A Day In The Life” during a 2012 interview with the Wall Street Journal. “Paul suggested an orchestral orgasm, so I scored 24 measures, from the lowest note to the highest. I told the orchestra: ‘Make your own way up there. If you’re playing the same note as the chap next to you, you’re wrong.’”

He was quick to use new technologies, and the use of reversed samples and randomly spliced together snippets of recordings helped develop the band’s later psychedelic sound, spawning a whole new genre of pop music.

After the band split, Martin went on to work with other artists including Bob Dylan, Sting and Elton John.

John paid tribute to him, calling him a “delightful, brilliant man” while Queen guitarist Brian May called him a “gentle giant of popular music.”