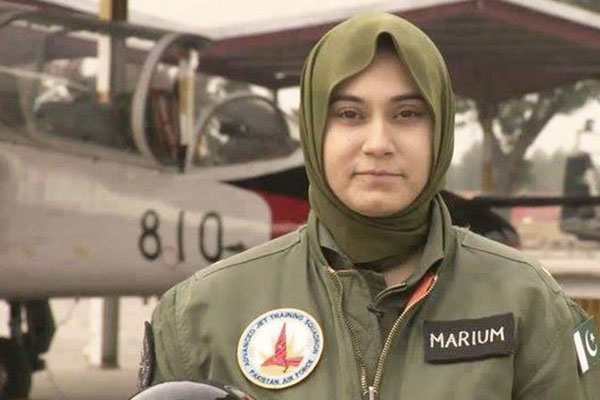 One of Pakistan’s few women fighter pilots was killed during a training mission.

One of Pakistan’s few female fighter jet pilots was killed in a training crash Tuesday, the Air Force said in a statement, adding that she was the first of its women pilots to “embrace martyrdom.”

Flying Officer Marium Mukhtiar and Squadron Leader Saqib Abbasi were flying a training mission on an FT-7PG aircraft and encountered a “serious in-flight emergency” during the final stages, the Pakistan Air Force (PAF) said in a statement.

“Flying Officer Marium embraced martyrdom and became the first lady pilot from PAF to attain this great honor,” it said.

“Both the pilots handled the serious emergency with professionalism and courage and tried to save the ill-fated aircraft till the very last minute,” the statement said.

In order to ensure the safety of civilians on the ground, they were forced to eject and the aircraft crashed, the PAF said.

Mukhtiar’s body was flown to an Air Force base in Karachi where a ceremony was held for her late Tuesday.

In 2006, seven women broke into one of the country’s most exclusive male clubs to graduate as fighter pilots—perhaps the most prestigious job in the powerful military and for six decades closed to them. It is unclear how many women have joined the Air Force as fighter pilots since then. A New York Times report in June put the figure at 21.