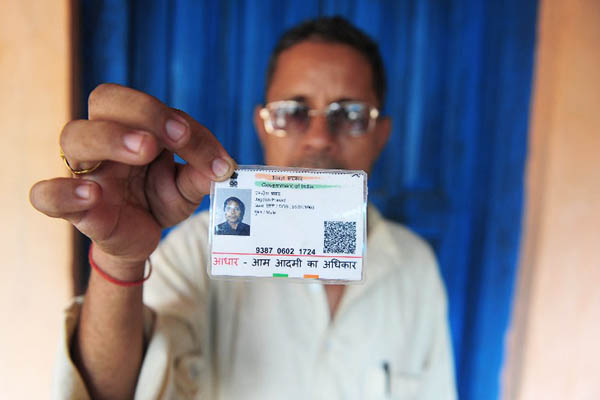 Indians incorrectly identified as deceased in government documents fight to be counted among the living.

For the last two years Ramjanam Mauriya has made countless journeys to Azamgarh magistrate’s office in northern India, laden with stacks of documents to prove he is not a ghost. “It’s frustrating. I am alive, yet they say I am dead,” said Mauriya.

The 65-year-old is one of hundreds of people from Uttar Pradesh state who have been classified as deceased in official records as part of a plot by unscrupulous relatives to grab their land. Mauriya alleges it was his brother who bribed officials to have him declared dead in order to gain a greater share of ancestral property. Others have been fallen victim to similar scams by cousins, nephews or even their own sons who bribe local officials to falsify or destroy paperwork.

Nearly all the cases have been recorded in Uttar Pradesh, India’s most populous state, which also has a reputation for being one of the most corrupt and crime-ridden parts of the country.

Azamgarh district has been at the center of a host of cases over the decades, which have multiplied as the scramble for land has intensified.

It’s nearly 40 years since Lal Bihari discovered his three-acre plot in Azamgarh had passed into the hands of one of his cousins who had connived with a corrupt local bureaucrat to have him declared dead. After he finally managed to persuade the courts he was the victim of fraud, Bihari formed the “Mritak Singh”, or association of the dead, organization to help those who find themselves trapped in a similar nightmare.

“I went crazy running from one office to another for months,” said Bihari. “You even sometimes start doubting your own existence. Your enemy doesn’t get his hands dirty by murdering you but you are as good as dead.”

Bihari, who even stood against two prime ministers in general elections as part of his campaign, says his organization is currently helping in around 200 cases nationwide. Authorities insist they have put an end to such scams and some people are making bogus allegations.

Azamgarh district magistrate L. Y. Suhas said most records have now been computerized, making it impossible to fabricate personal details. “Some people just want to get publicity,” he said. But the nature of the scams means it can take years before a case flares up, as in the case of Mauriya, who only discovered he had been declared dead when he tried to pass some land onto his son.

Mauriya inherited a 1,500-square meter plot when his own father died in 1993 but he left the land in what he thought was his brother’s safekeeping when he moved to his in-laws’ village a few years later.

Then when he tried to transfer the plot to his son in 2013, officials told him he was classed as dead and his brother was the sole owner. “It was a shock, even more so when I came to know about my brother’s role,” he said.

Jagdish Prasad Gupta, 52, is having to battle to prove that he has ever existed. “The records say I was never born because my father died as a child,” said Gupta, who runs a sweet shop.

The revenue office ruled back in 1997 that he did not exist as it turned a plot of land he inherited in another Uttar Pradesh district over to a female relative whom he suspects bribed officials. While that decision was later overturned in 2002, he was again declared as “non-existent” the following year.

Gupta says he is not that bothered about the land but wants to put the record straight so his own children don’t run into bureaucratic problems. “My children and my existence is directly linked to my father’s existence. I am not fighting for myself but for my future generations,” Gupta told AFP.

Mohammad Arshad, a sociologist at Uttar Pradesh’s Institute of Social Sciences, says a craving for land is the main factor behind the scams. The rapid urbanization of India, coupled with the growth in population which now stands at around 1.25 billion, means some people are so desperate to get hold of land they will betray their own flesh and blood.

“With land, you can attract business partners and make matrimonial alliances for yourself and your children,” said Arshad. “Land makes the difference here.”