Film About Poor Kids in Florida is Fairy Tale Hit 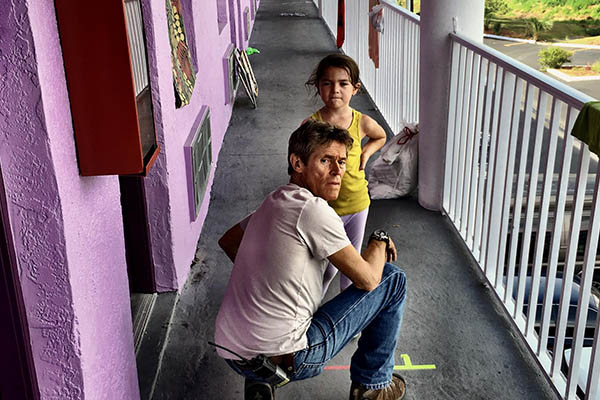 Set in the shadow of Walt Disney World, the gritty movie examines lives of those left behind by rampant consumerism

It is already the fairy tale of this year’s Oscars race: A little film about homeless children living in the shadow of Walt Disney World in Florida that threatens to turn the tables on the big-budget favorites.

Director Sean Baker, who shot his last film on an iPhone, has scored a surprise hit with a gritty yet heartwarming tale, The Florida Project. It has already been showered with prizes by U.S. critics, usually reliable pointers for the Oscars, and has made the lists for best film of the year on both sides of the Atlantic.

Not bad for a movie that no one initially wanted to back and whose rookie lead actor Baker found on Instagram.

Driven by the remarkable performances he drew from Bria Vinaite as a tattooed single mother living hand-to-mouth in a motel with her seven-year-old daughter (Brooklynn Prince), the film has built a head of steam since it premiered at the Cannes film festival in May. “I am happy for my actors,” Baker told AFP, “because they deserve it, but I try not to take anything too seriously.”

“It is not why I made the film,” said the director, who was partly inspired by the rascally spirit of the Our Gang street kid comedy films, which were hugely popular during the Great Depression of the 1930s.

Baker went to live in a budget hotel along the Kissimmee Strip that leads from Disney World to see for himself how people struggle to make ends meet within sight of the theme park that bills itself as “The Happiest Place on Earth.”

“I am drawn to these kind of stories, the other side of the American Dream—those that are left behind,” Baker said. “You have this population living in budget hotels underneath signs trying to sell a dream to tourists, yet the people living there cannot afford the things being pushed into their face.”

In this lurid landscape of gun shops, ice cream parlors and chain restaurants, the film’s child heroes play, hustle and cause havoc, frequently testing the patience of the motel’s long-suffering manager, played by Willem Dafoe.

Baker shot the film in almost a documentary style at the bright purple Magic Castle motel in Kissimmee, using mostly amateur actors, the hotel’s residents and passing tourists as extras, even giving some of them small speaking parts.

“I wanted a real environment and I wanted the community to be involved,” he said.

Baker insisted that his child stars also came from Florida, and even found one—the remarkable Valeria Cotto, then five—in a nearby Target superstore. “I gave my card to her mother and I remember the look on her face. She obviously was very suspicious because my cards have my dogs on them. I will have to change that,” he laughed.

Baker, 46, had never worked with children before—“it was a long and patient process”—yet managed to weave tough adult themes into the story. “We see it almost through the viewpoint of a child. Most of the adult themes are off camera. There’s a degree of candy coating to everything,” Baker said.

Like his acclaimed breakthrough movie Tangerine, a strangely life-affirming portrait of a transgender sex worker that he shot on a phone, The Florida Project has been praised for the subtlety of its storytelling.

Its authentic feel had one U.S. journalist asking Baker “how I got Willem Dafoe to be in my documentary.”

First he wanted to cast Britney Spears as Halley, the wayward but loving mother—little more than a child herself—attempting to live by her wits alone. But as time went on the idea of someone so rich and famous playing someone trapped in poverty began to “feel weird.”

Then he found Lithuanian-born Vinaite on Instagram and brought her to Florida, and then shot her and the children horsing around the motel on his iPhone. It was there the electrifying chemistry between her and Brooklynn Prince was born.

“One day Brooklynn sat on her lap and they sang some top 20 song that I had never heard of and I thought, This is perfect!” the director said.

Prince, who was only six when the film was made, is now being tipped for an Oscar nod as best supporting actress.

Baker described her as “wonderful,” improvising one of the film’s funniest lines herself. With “a steady, very well-rounded family” behind her, he said she was reveling in the buzz of its pre-Oscars publicity tour. “It is usually the adults who are the tired ones, saying, ‘Can we just go home?’”

Don’t Give Up on Radicalized Muslim Youths: Cannes...