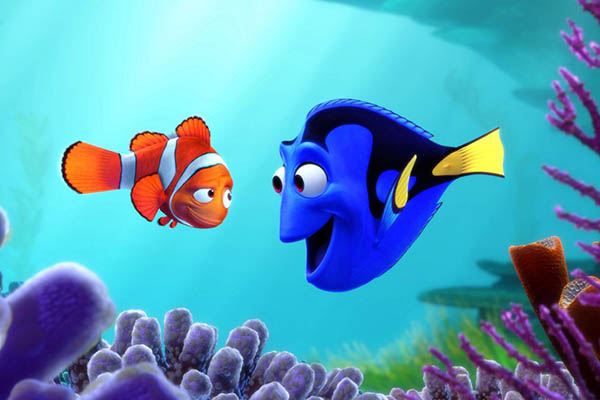 Pixar’s Finding Dory made the biggest splash in the North American box office in its debut weekend, taking in an estimated $136.2 million, industry data showed Sunday.

Dory, voiced by Ellen DeGeneres, follows a very forgetful fish on a quest to find her parents, much as she did as a supporting character in the 2003 animated hit Finding Nemo. The sequel blew away her competition, including Central Intelligence, a comedy with Dwayne “The Rock” Johnson and Kevin Hart that also was new in theaters this weekend. About a spy who recruits a high school buddy for an action-packed caper, it made a respectable $34.5 million at the box office.

Last week’s top earner, The Conjuring 2, dropped to third place with a $15.5 million take its second week in theaters. The supernatural fright fest stars Patrick Wilson and Vera Farmiga as a paranormal-investigating couple.

Now You See Me 2, starring Jesse Eisenberg and Woody Harrelson as illusionists, dropped a notch to fourth after making an estimated $9.6 million over the weekend, the crime caper flick’s second in theaters.

Fifth was Warcraft, a CGI extravaganza based on the hit video game World of Warcraft. It was directed by Duncan Jones, son of the late British music legend David Bowie, and starred Dominic Cooper, Travis Fimmel and Paula Patton.

Rounding out the top ten films of the weekend were:

Teenage Mutant Ninja Turtles: Out of the Shadows ($5.2 million)

Alice Through the Looking Glass ($3.6 million)