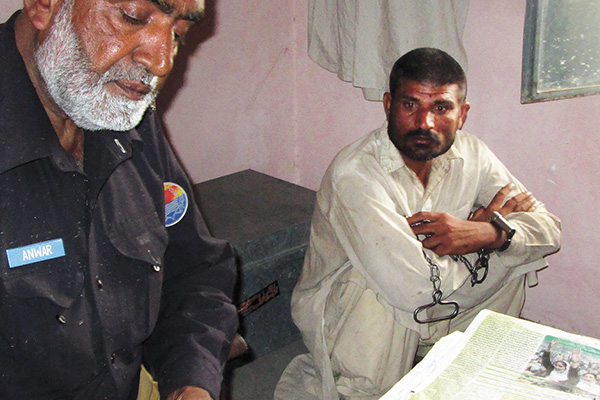 Three years after they were first arrested for digging up and devouring parts from up to 150 human corpses, brothers Mohammad Arif and Farman Ali were arrested again, the former on April 14 and the latter the following day, for the same act after police found the head of an infant inside their home. The so-called Bhakkar Cannibals told police they had returned to consuming human flesh almost immediately after their release some 10 months ago. Since Pakistan has no specific laws against cannibalism, Arif and Ali had been booked in 2011 under the Maintenance of Public Order provision of the Pakistan Penal Code for desecrating graves and sentenced to two years’ imprisonment each and fined Rs. 50,000. An antiterrorism court has taken up the fresh case against them. Police say the men will be interrogated further and undergo psychiatric tests. The inevitable conclusion: they’re crazy.