Fire Breaks Out at AFIC 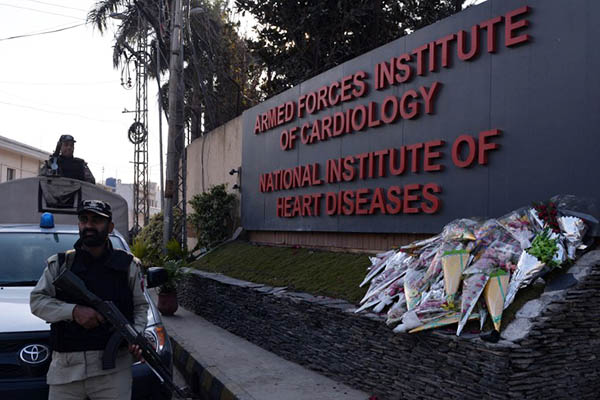 A fire broke out early Wednesday at the hospital where former president Pervez Musharraf was admitted for a heart condition, officials said.

“There was a small fire incident at the hospital, but it was extinguished immediately,” said a source at the Armed Forces Institute of Cardiology in Rawalpindi. Another source confirmed the fire incident was “of a minor nature.” Officials said the cause was being investigated and may have been started by an electrical short circuit.

Musharraf was taken to hospital last week after falling ill while traveling to a special court considering treason charges against him. He was diagnosed with coronary artery disease, with his lawyers pleading for him to be allowed to receive treatment abroad.

Musharraf’s lawyer Ahmad Raza Kasuri said that the former president was not affected. “He is safe as the fire incident happened on another floor,” said Kasuri.

Rumors have circulated for months that a backroom deal would be struck to whisk him overseas to avoid a destabilizing clash between the government, which brought the charges, and the powerful armed forces. Musharraf’s camp says the treason allegations, which relate to his imposition of emergency rule in November 2007, are politically motivated, and his lawyers have challenged the authority of the tribunal. But the former commando has said he wants to stay and fight the charges.

Aside from the treason allegations, Musharraf also faces trial over the assassination of former prime minister Benazir Bhutto, the death of a rebel leader, a deadly raid on the Lal Masjid and the detention of judges.