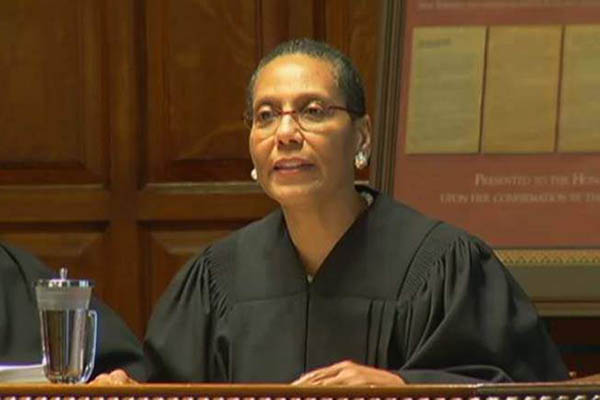 ‘Trailblazing’ 65-year-old was pulled from the Hudson River after going missing a day earlier.

An appeals court judge, the first black woman to serve on New York’s highest court and the first Muslim woman judge in the United States, has been found dead.

Sheila Abdus-Salaam, 65, an associate judge of the New York Court of Appeals, was pulled from the Hudson River and pronounced dead on Wednesday after being alerted by an emergency call, police said Thursday. Her husband had reported her missing on Tuesday, U.S. media said.

“The medical examiner will determine the cause of death and the investigation is ongoing,” New York police said in a statement.

State Governor Andrew Cuomo hailed Abdus-Salaam as a “trailblazing jurist” and extended his sympathies to her family, loved ones and colleagues. “As the first African-American woman to be appointed to the state’s court of appeals, she was a pioneer,” he said. “Through her writings, her wisdom, and her unshakable moral compass, she was a force for good whose legacy will be felt for years to come.”

Abdus-Salaam was born into a working class family in Washington D.C. in 1952 and educated at public schools. While researching her family history as a child she discovered that one of her great-grandfathers had been a slave in Virginia, U.S. media said. She studied at New York’s Barnard College and Columbia Law School, where she was a classmate of Eric Holder, the first black U.S. attorney general, who served under former president Barack Obama.

Abdus-Salaam began her legal career at East Brooklyn Legal Services, which works against poverty, racial and social injustice, before serving as a lawyer for the New York state government and city’s office of labor services. She was appointed to the Court of Appeals by Cuomo in 2013.

“Her personal warmth, uncompromising sense of fairness, and bright legal mind were an inspiration to all of us who had the good fortune to know her,” the court said.

She lived in Harlem.