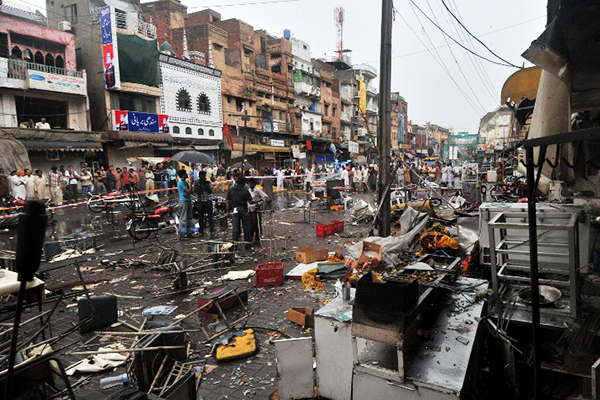 Enhanced security ordered for the city on Sunday.

Five people were killed and 38 injured on Saturday night when a bomb ripped through a bustling food market in Lahore’s Anarkali area.

Police had differing accounts of where the bomb had been planted. One official said a half kilogram of explosives was placed under the freezer of a restaurant in the market. Another said the bomb had been set up “somewhere in the street.”

On Sunday, city officials said some 80 suspects had been rounded up and that “enhanced security” would be provided to markets and key buildings for the weekend.

Lahore has been relatively peaceful in recent months, compared with other major cities marred by religious and ethnic violence. No one has yet claimed responsibility for last night’s bombing.