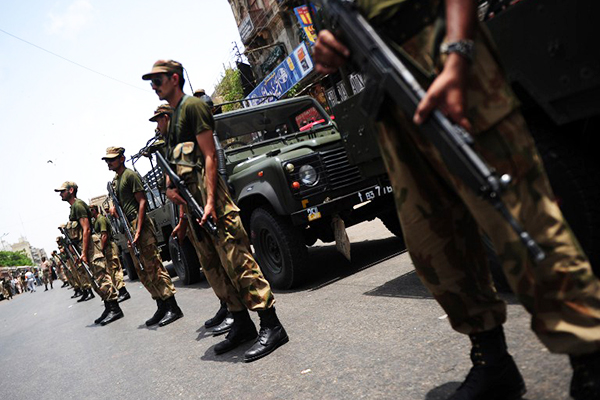 The incident took place during a routine patrol in the remote mountainous Shangla district, Khyber-Pakhtunkhwa province. “It was an IED which hit their vehicle. All the five policemen died on the spot,” said district police chief Mohammad Hussain by telephone.

Police official Arif Khan said the high-intensity bomb destroyed the van the officers were in and killed them. “Some of the dead bodies are badly mutilated,” said Khan, adding that one senior police officer was among the dead.

Pakistan’s interim Prime Minister Mir Hazar Khan Khoso strongly condemned the attack and ordered the authorities to “report the findings that led to the tragic incident,” his media office said.

There was no immediate claim of responsibility, but Pakistani Taliban have frequently targeted security forces with bomb and gun attacks as part of a five-year insurgency concentrated in the northwest.