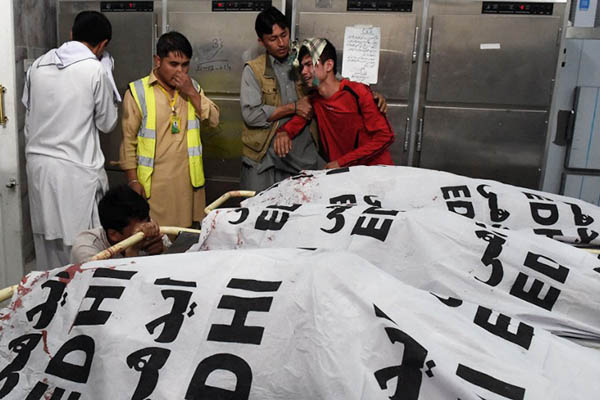 Police say the Hazara community was targeted for its faith in the Balochistan capital.

Abdul Razzaq Cheema, city police chief, confirmed the incident and said the attack was sectarian in nature. “The assailants fled on a motorbike after spraying bullets in the teashops, police are searching for the suspects,” he said.

Later, around 500 people from the community took to the streets in protest against the incident carrying the coffins of the deceased and refusing to bury them. The protestors placed the coffins of the victims on the road and chanted slogans against the government for failing to protect them. “We are facing a genocide and the government makes only empty promises instead of providing protection,” said Husnain Ali, a protestor in his early 20s. He said he would sit on the road with the dead bodies until the perpetrators are arrested.

Sectarian violence—in particular by Sunni hardliners against Shias, who make up roughly 20 percent of Pakistan’s 200 million people—has claimed thousands of lives in the country over the past decade.  In the latest bloodshed, 45 Shia Ismaili Muslims were massacred in Karachi in May in the first attack in the country claimed by the Islamic State group.