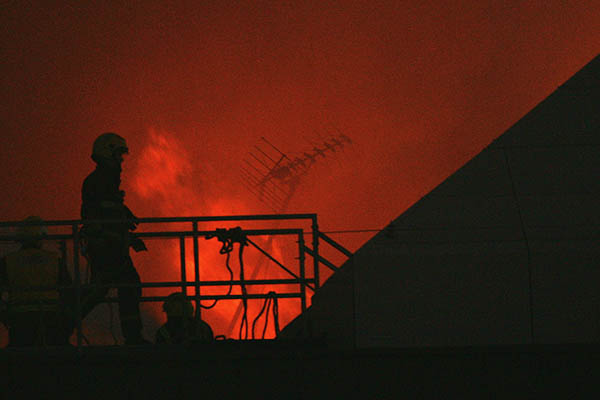 Five people spanning three generations of a Pakistani-origin family, including a nine-week-old baby girl and two other children, were killed Monday in a house fire in Britain.

Shabbina Begum, 54, and her 20-year-old daughter Anum Parwaiz Kayani, were named as the two adults killed in the blaze in Sheffield, northern England.

“It’s a tragedy beyond description,” said Begum’s cousin Ishfaq Hussain Kayani. He said an infant girl was among those who had died, as well as nine-year-old Adhyan Parwaiz Kayani and seven-year-old Amaan Parwaiz Kayani.

He said Shabbina Begum, the children’s grandmother, had got out of the house but went back in to try to rescue them. The children’s mother survived the blaze, while their father, plus Begum’s husband, were out at work as taxi drivers.

He told Sheffield newspaper The Star that relatives in Pakistan had been desperately telephoning for news.

Local councilor Qubran Hussain, who knew the family, said people in the street broke windows to try to get into the property. “The grandmother came out. But then she found all the children were inside so she went back in and she’s also died,” he said.

The local fire service said they believed the five fatalities were two adult females and three young children. The service confirmed there was a smoke detector in the terraced house.

“An investigation has commenced, involving police and fire officers, to establish the cause of the fire,” the service said.