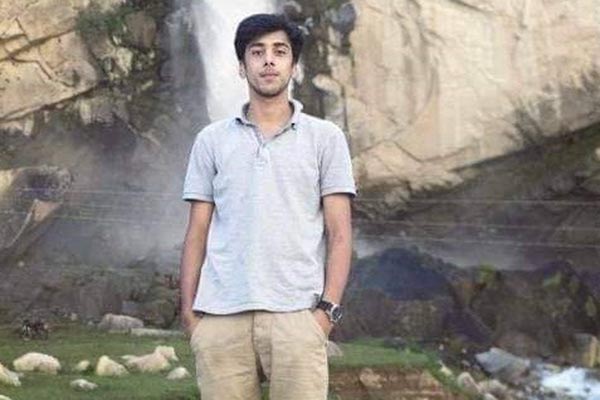 Usama Satti was shot dead on Jan. 2, with police claiming they had suspected him of being a robber

All five officials of an Islamabad Anti-Terrorism Squad involved in the killing of 21-year-old Usama Satti on Jan. 2 have been dismissed from service for “misconduct,” according to a notification.

Issued from the office of the Islamabad senior superintendent of police, the orders said that Sub-Inspector Iftikhar, Constable Mustafa, Shakeel, Mudassar, and Saeed had been on duty on Jan. 2 when the incident occurred. The notification said they had chased a white car at around 1 a.m., opening indiscriminate fire on it that resulted in the death of Satti.

“Being part of the police force, it was the prime responsibility of the ATS officials to follow proper strategy/arrangements to stop the suspected vehicle. But they failed to handle the situation in a professional manner and brought a bad name to the department and proved themselves incompetent. A case has also been registered against them under Section 7 of the Anti-Terrorism Act, along with Sections 302, 149 and 149 of the Pakistan Penal Code,” read the orders. “Keeping in view the episode and their unprofessional approach, the SSP reached the conclusion that their attitude towards the official task was unbecoming and their further retention in the disciplined force is not justified.”

On Friday, Interior Minister Sheikh Rashid Ahmed had described the incident as a “big tragedy” while speaking to media at the National Police Academy. He said the removal of Mohammad Aamir Zulfiqar Khan from the post of the inspector general of police was also prompted by the “very, very serious crime” of an innocent child being shot dead.

Separately, police have also forwarded two requests to the Interior Ministry and the Islamabad High Court for a judicial commission to probe the incident.

Satti’s killing had drawn widespread outrage, with a large number of protesting the police action at Islamabad’s National Press Club. A local official claimed that the government had met the demands of the victim’s family, including sacking the officials involved in his killing and requesting the IHC to constitute a judicial commission.

Police initially described Satti’s killing as a robbery, claiming he had ignored police warnings to stop, forcing them to open fire on his car. An Islamabad Police spokesperson claimed two bullets had hit the driver. However, a postmortem revealed that the youth had been shot six times from the front, raising questions about the accuracy of the police claims.