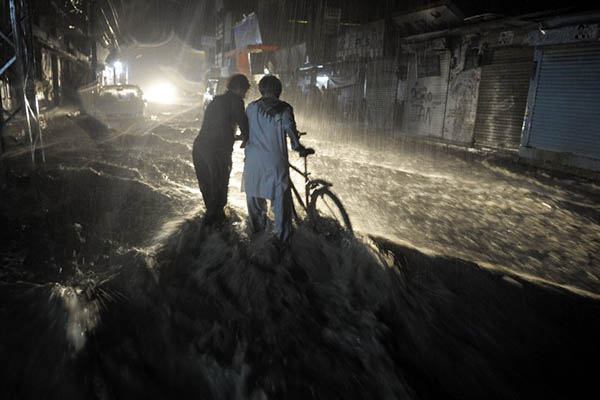 Locals living in makeshift tents were swept away by the sudden downpour in remote villages of Khuzdar.

The floodwaters swept away many people in two remote villages of Khuzdar district in Balochistan province. “The torrential rains in the hilly areas created flash floods which swept away some gypsy people sleeping in makeshift tents in the dried water channel,” said Akbar Harifal, a senior administration official in the region. “Some people saved themselves but could not rescue their family members because the floodwaters came suddenly,” he said.

Every year since 2010, which saw the worst floods in Pakistan’s history, the country has experienced catastrophic inundations that kill hundreds and wipe out millions of acres of prime farmland, harming the heavily agrarian economy. Around 26 people were killed and more than 180 injured after a storm struck Peshawar in April causing dozens of buildings to collapse.