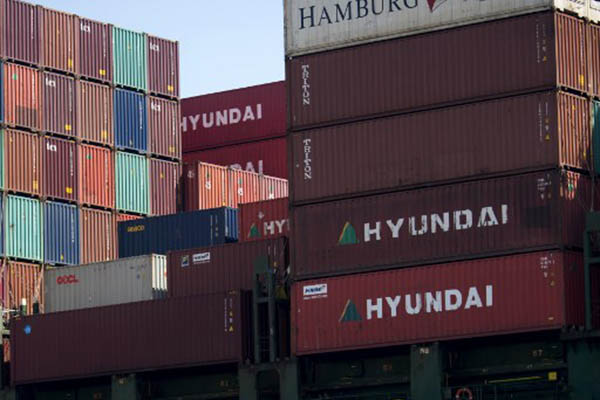 The United States on Wednesday warned all ports and insurance companies to steer clear of Iranian ships, which it called a “floating liability” after the imposition of sweeping U.S. sanctions.

Since Monday, the United States has aimed to end all of Iran’s sales of oil, its crucial export, in a bid to curtail the influence of the Shia cleric-led state.

Brian Hook, the State Department’s special representative on Iran policy, said that the U.S. sanctions extended to insurers and underwriters. “Knowingly providing these services to sanctioned Iranian shipping companies will result in the imposition of U.S. sanctions,” Hook told reporters. “From the Suez Canal to the Strait of Malacca and all choke points in between, Iranian tankers are now a floating liability,” he said.

He said that Iranian vessels would likely turn to domestic insurers but doubted that they could cover losses stretching into the millions or billions of dollars in a major calamity. “Should there be an accident involving an Iranian tanker, there is simply no way these Iranian insurance companies can cover the loss,” Hook said.

He said that the United States, whose military patrols the Gulf and is allied with Iran’s rival Saudi Arabia, did not want incidents. “We sincerely hope there will be no accidents, but accidents are a very real possibility, given Iran’s record,” Hook said.

President Donald Trump in May pulled out of an international agreement negotiated under his predecessor Barack Obama, in which Iran curtailed its nuclear program in return for sanctions relief. The Trump administration said that the deal did not address other concerns, including Tehran’s support for regional proxies such as Hezbollah, and has boasted of the economic contraction forecast in Iran due to the renewed sanctions.

The United States has nonetheless granted eight waivers to places including China, India and Japan, which will not immediately be punished for continuing to buy Iranian oil.