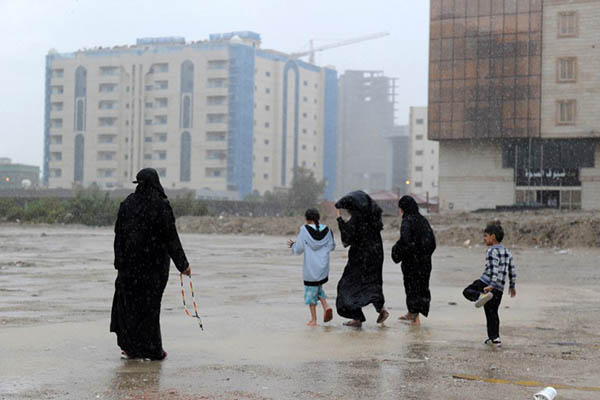 Dozens of people were plucked from vehicles engulfed by floodwaters, Saudi civil defense authorities said, with heavy rainfall expected to last at least until Wednesday. Local residents posted videos on social media, with one showing a convoy of official cars wading through a road, which resembled a lake.

With fears of more rain, which also affected other regions of western Saudi Arabia, the education department announced that Jeddah schools would remain shut for the safety of students.

Flooding occurs almost every year in Jeddah, where residents have long decried poor infrastructure. Floods killed 123 people in the Red Sea city in 2009, and about 10 people two years later.

An anti-corruption committee led by Crown Prince Mohammed bin Salman launched an unprecedented crackdown on the elite earlier this month, with the 2009 Jeddah floods among the topics under investigation.