Home Culture For the Love of Nuggets

For the Love of Nuggets 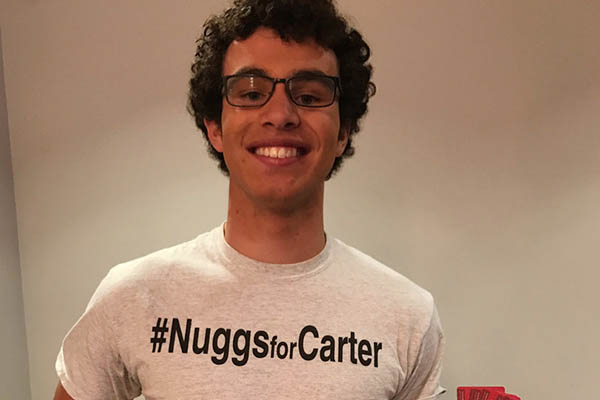 An American teenager has broken the world record for the most retweets, in a crusade to win a year’s supply of his favorite food: chicken nuggets.

Beating out TV stars Ellen Degeneres and Kim Kardashian, and leaving former U.S. president Barack Obama in the slow lane, 16-year-old Carter Wilkerson started his Twitter challenge on April 5 when he asked the Wendy’s fast food chain how many retweets he would need to receive a year’s supply of nuggets for free. “18 million,” came back the reply from the fried chicken store’s Twitter account. “Consider it done,” replied Wilkerson, despite having only 150 Twitter followers at the time.

He then turned to the Internet with the simple plea, “Help me please. A man needs his nuggs.” And the web responded. On Tuesday, his message had been retweeted more than 3.4 million times, beating the record that Degeneres racked up at the 2014 Oscars, when she posted a selfie with a gaggle of film stars that included Bradley Cooper, Jennifer Lawrence, Meryl Streep and Brad Pitt.

While still far short of the golden number of 18 million, Wendy’s not only granted him his wish of a yearlong free nugget supply, but also pledged a $100,000 donation to a children’s adoption foundation.

Stunned by his newfound fame, Wilkerson told The New York Times he had simply wanted to beat his own record of a dozen retweets. In addition to the nuggets and media attention, Wilkerson now has 105,000 Twitter followers.