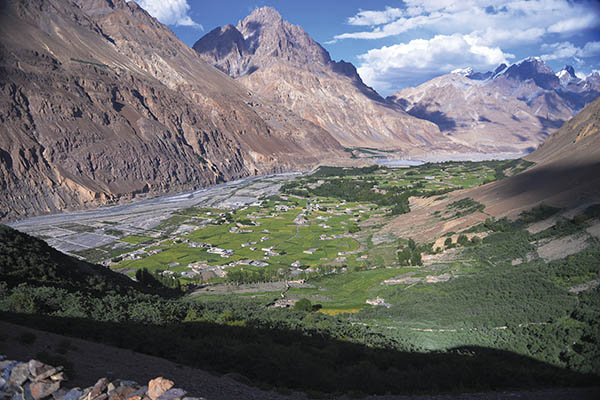 Pakistan’s emergence as an enticing travel destination for adventurous tourists gained another major supporter in the New Year, as Forbes Magazine listed the country among its ’10 Best Under-the-Radar Trips’ for 2020.

In its round-up, headlined ‘The Not Hot List,’ the U.S.-based business magazine digs into locations that are “off the beaten path,” and provide travelers a “proper escape from the everyday in an increasingly homogenized world.”

Travel writer Ann Abel notes that 2020 is an especially great year to visit countries on this list, as closed countries are finally opening up—Pakistan under Prime Minister Imran Khan has expended much oxygen extolling the virtues of the country’s tourism potential—while traveling to countries seldom seen by the average tourist helps scratch holidaymakers’ increasing itch to go off the beaten path.

Citing the award-winning adventure travel company Wild Frontiers, Forbes notes that Pakistan has become an increasingly attractive destination—with a tip of the hat to last year’s visit by the Duke and Duchess of Cambridge, during which they visited the country’s northern areas as well as its cultural capital Lahore.

“Pakistan is perhaps the ultimate adventure travel destination,” Wild Frontiers founder Jonny Bealby told Forbes. “It offers ancient Indus civilizations stretching back 4,000 years, and exciting cities like Lahore with its forts, mosques and palaces. But most of all, it offers incredible scenery, particularly in the north where the three greatest mountain ranges collide,” he added.

Bealby further validated the incumbent Pakistan Tehreek-e-Insaf government’s desire to boost adventure tourism in the country by noting its great potential. “Pakistan is great for trekking, mountain biking, rafting or just cultural tourism. The infrastructure has also improved, with resurfaced roads and new tunnels cutting down travel time, new luxury hotels are opening up in the region,” he said.

Also on Forbes’ list: Armenia for its rich, ancient culture and traditions; Chad for its expansive size, safety and largely untouched natural beauty; China for its growing market of nature tourism; Eritrea for the potential to explore a country that is just opening up for tourism and contains a “rich diversity of wildlife and breathtaking highlands”; Guatemala for its unfettered environments that have only recently opened up for overnight stays; Mongolia and its ancient rock art, ever-changing scenery and the Altai Kazakh Eagle Festival; Saudi Arabia for finally introducing tourist visas that offer visits “diverse attractions, from ancient archeological sites to modern cities, mud-brick forts to verdant forests to red sand dunes”; Algeria and its marvelous mosques, markets and unique architecture; and Uzbekistan and its rich history as a part of the Silk Road.

Last year, Conde Nast Traveller, a luxury travel magazine aimed at upmarket tourists, also named Pakistan as the destination its editors were most excited about in not only the upcoming year, but also the next decade.

Thats a great news. Pakistan Northern Areas are a true heaven for tourists from around the world.(Gorgeous Pakistan)

Pleasing news after a long time for Pakistan. May God protect our beautiful land against bad eye.

Finally, a cool tourist place with very low cost of living finds the place in the Forbes list