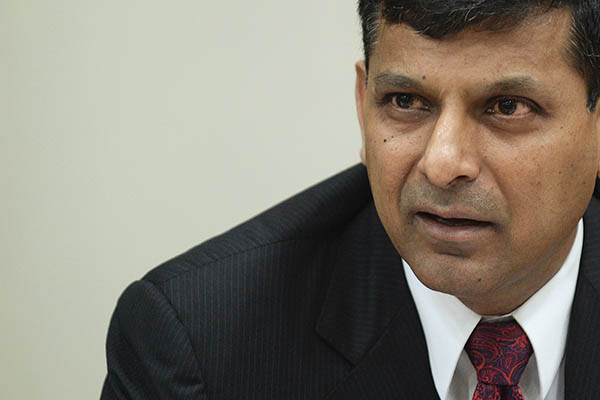 India’s central bank governor, renowned for forecasting the 2008 financial meltdown, has warned that the world economy faces risk of another market crash as asset prices surge.

Increasing global financial instability stems from investors chasing ever higher yields, Raghuram Rajan, a former International Monetary Fund (IMF) chief economist, told the Central Banking Journal. “True, it [another financial sector crisis] may not happen if we can find a way to unwind everything steadily,” Rajan, who is famed for predicting the 2008 markets crash years in advance, said in the interview posted late Wednesday on the journal’s website.

“But it is a big hope and prayer,” said the Reserve Bank of India (RBI) governor, adding there is a risk of sudden price reversals and sharp spikes in financial volatility.

Rajan, author of the acclaimed 2011 book Fault Lines, on how hidden financial fractures threaten the world economy, added he feared central banks globally “may be exhausting room” in their monetary-easing arsenal to cope with any economic crisis. He compared today’s state of affairs to the 1930s, which was the era of the American Great Depression.

“If there were no consequences to competitive easing [to spurring economies], fine; but there are consequences,” he warned.

Rajan left his post as professor at the prestigious University of Chicago’s Booth School of Business and returned to India in 2012 to serve as government financial advisor and last September took over the Reserve Bank.