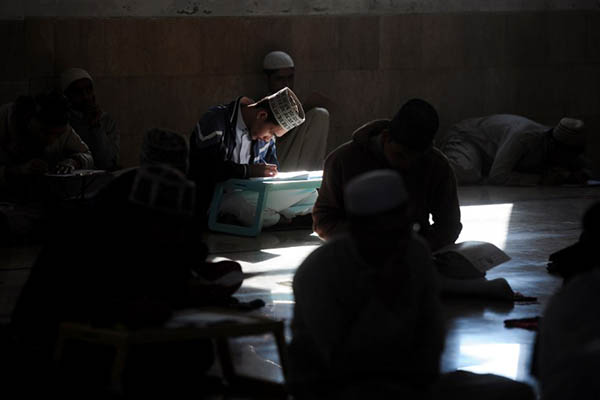 In what is rapidly becoming a worrisome tradition, secondary school exams in Sindh have been plagued by reports of cheating. Teachers who moderate the exams as invigilators are to blame: they look the other way as students take out notes and copy answers supplied to them beforehand. They allow cellphones into the examination hall against policy, with the examinees obtaining exam answers through WhatsApp. If the rare honest examiner queers the pitch, the Sindh Teachers Association takes action against him. What is the secret of the immoral power of these teachers, most of whom are illiterate and have been inducted on bribes? We owe this to the ministers of education who line their pockets by destroying the future of Sindh.

Last year 23 officials of Board of Intermediate Education Karachi (BIEK) were involved in facilitating cheating. They, along with “private chat” mafia agents, organized “paper leaks” and “social media assistance” during exams. Chief Minister Murad Ali Shah ordered an inquiry into the matter—the results of which remain unknown—and the scourge returned this year once again. Students who spoke to TV channels said their future was doomed if they didn’t cheat. And if they do, then Pakistan is doomed.

In 2017, Sindh Education Minister Jam Mehtab Dahar admitted that the Pakistan Peoples Party, which governs the province, had been at the center of corruption in the hiring of teachers. Training institutes have claimed that almost half of the schoolteachers inducted through bribes are “un-trainable”; in other words, illiterate. But, drawing salaries without going to the job, these teachers have become a powerful street force, and no one wants to take them on. Pakistan suffered immensely by neglecting the educational requirements of the tribal areas; it is now dooming Sindh because of what it is nursing in the shape of primary and secondary education there.