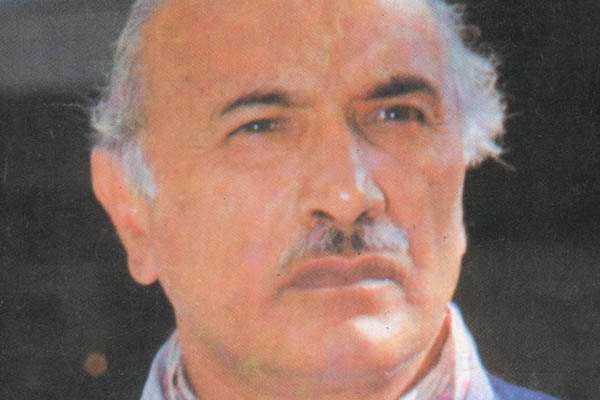 Pakistan Air Force’s first native commander-in-chief, Air Marshal Asghar Khan, died in Islamabad on Friday morning after a prolonged illness, according to a statement issued by the Pakistan Air Force.

The funeral prayers for Khan, the youngest head of PAF at the age of 35, will be offered in Abbottabad on Saturday. “Air Marshal Asghar Khan headed the PAF diligently and with courage. With his leadership capabilities, he played a vital role in transforming the PAF into a modern air force,” current Air Marshal Sohail Khan said in the PAF’s statement. “Air Marshal Khan had good character, great commitment and professional capability,” he added.

Tributes for Khan poured in from across the country following his death. Chief of Army Staff Gen. Qamar Javed Bajwa, through a post on Twitter by ISPR spokesman Maj.-Gen. Asif Ghafoor, praised his “historic” contributions. “COAS expresses his grief on demise of ex-Air Chief, Air Marshal Asghar Khan, retired. An iconic soldier who will be remembered for his historic contributions for laying foundations of a strong Pakistan Air Force. May Allah bless his soul. Amen.”

Prime Minister Shahid Khaqan Abbasi expressed sorrow over Khan’s death and paid tribute to his services for Pakistan. In a statement, he also prayed for eternal peace of the departed soul. Pakistan Tehreek-e-Insaf Chairman Imran Khan condoled with the family on Twitter. “Saddened to learn of Air Chief Marshal Asghar Khan’s death early this morning. He transformed the PAF and was a man of steadfast principles and integrity. My prayers and condolences go to his family.”

Khan, who founded his own Tehreek-e-Istaqlal political party in 1970, was born in Jammu and Kashmir on Jan. 17, 1921. A student of Lahore’s Aitchison College, he initially joined the British Indian Army in 1940, shortly after which he was attached to the newly established Indian Air Force. After the formation of Pakistan, Khan administrated over the Pakistan Air Force College in Risalpur.

Following his retirement from the Air Force, Khan became president of the Pakistan International Airlines, which he led until 1968.

In recent years, Khan was most prominently known for filing a human rights petition in the Supreme Court of Pakistan, accusing the country’s Inter-Services Intelligence spy agency of colluding against the Pakistan Peoples Party by doling out money to rival politicians in the 1990s. In 2010, 16 years after the petition was filed, the Supreme Court ruled in his favor and directed the government to take action against the military officials involved in the conspiracy. The order has yet to be implemented.