Appointment approved by federal cabinet, with interior minister describing Sultan as a man of ‘impeccable integrity’ 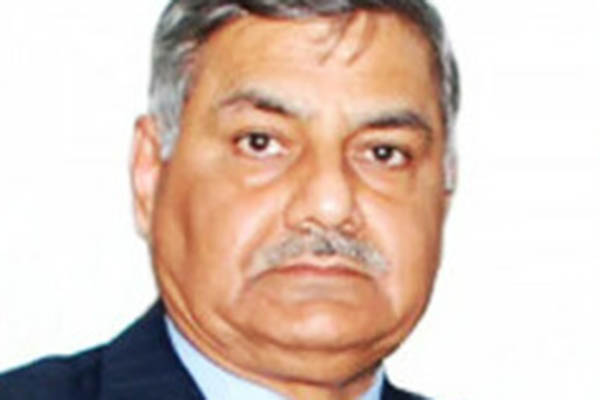 According to a notification issued by the Law Ministry, the new NAB chairman was appointed after consultation between the leader of the House and the leader of the opposition in the National Assembly “for a non-extendable period of three years with effect from the date he assumes the charge of his office.” It noted that the NAB chief’s authority would be “same as admissible to the judge of the Supreme Court of Pakistan.”

“The federal cabinet has approved the nomination of Aftab Sultan as Chairman of NAB,” Interior Minister Rana Sanaullah confirmed on Twitter. “He is a man of impeccable integrity having an impressive past record. We are hopeful that he will be able to steer the accountability drive without any partisanship,” he added.

A law graduate from the Punjab University, Sultan has also done a LLM from the University of Cambridge and a M.Sc. in jurisprudence from the University of Edinburgh. He joined the bureaucracy as a member of the Police Service of Pakistan and was reportedly penalized by then-chief executive Pervez Musharraf in 2022 for refusing to assist the administration as regional police officer in Sargodha during the referendum.

He joined the Intelligence Bureau in 2013 and served the governments led by the Pakistan Peoples Party and the Pakistan Muslim League (Nawaz) until his retirement on April 3, 2018. During his tenure, Pakistan saw four prime ministers—Yousaf Raza Gilani, Raja Pervez Ashraf, Nawaz Sharif and Shahid Khaqan Abbasi.