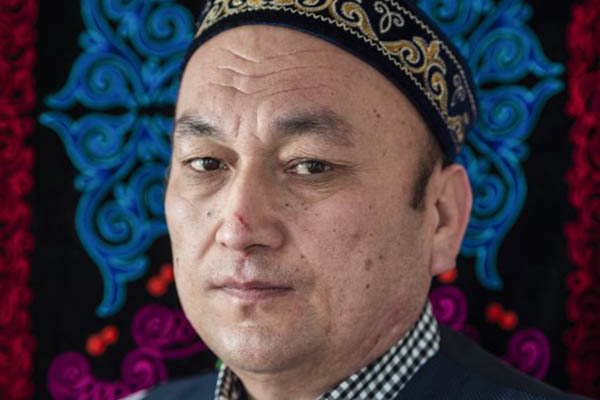 For Muslims in China’s re-education camps, indoctrination starts with early morning patriotic songs and sessions of self-criticism, and often ends with a meal of only pork, according to one exiled former detainee.

U.N. experts say China holds one million Muslims in camps in the heavily policed Xinjiang region where most of the country’s ethnic Uighur, the largest Muslim minority, live. Beijing has rejected the accusations and says it runs education training centers as part of its fight against Islamist extremism in the Muslim-majority region.

The sites are a kind of “campus,” according to China’s Vice Minister of Foreign Affairs Le Yucheng speaking last week.

For Omir Bekali, an ethnic Kazakh who says he spent several weeks in a camp in Karamay in Xinjiang before fleeing to Turkey a year ago, it was more about trauma than education. The camps had only one objective, he said, to strip detainees of their religious belief.

“Every morning, at 0700 to 0730, we had to sing the Chinese national anthem. We sang together, 40 or 50 people, facing the wall,” said Belaki, recalling the scene in his modest Istanbul apartment. “I never really wanted to sing, but because of the daily repetition, it sinks in. Even a year later, the music is still resonating in my head,” he said, adjusting the traditional patterned cap worn by Kazakh men.

Born in Xinjiang to ethnic Uighur and Kazakh parents, Bekali like many minorities from China, left for Kazakhstan in 2006 to look for work. There, he got Kazakh nationality. His troubles began in March 2017 when he was arrested in Xinjiang after he returned on a business trip for his Kazakh travel agency.

After spending seven months in prison on charges of aiding “terrorism,” he was sent to a re-education camp.

Among the obligations for detainees of all ages he says was to eat pork on Fridays, which is a holy day for Muslims. Consumption of pork is prohibited by Islam’s religious restrictions. He said the “students”—as officials called them—were also forbidden to speak a language other than Chinese and to pray or grow a beard, which authorities interpreted as a sign of religious radicalization.

Bekali said he was able to leave after nearly two months in the camp, he believes, because of an intervention by Kazakhstan authorities.

The former detainee has been visiting overseas conferences to tell his story as one of the few survivors able to speak out. Most prefer to keep quiet, for fear of endangering their loved ones in China.

Bekali has no news of his parents and his three brothers and sister, who remain in China. After being released, he left Kazakhstan to settle in Turkey with his wife and children. He said he wanted to “put more distance” between himself and China.

Imran Khan and Shah Mohammed Quereshi are hyper activeon the issue of Islamophobia. Instead of tilting at the windmills, can they at least plead Beijing to go soft on “education camps” in Xinjiang?