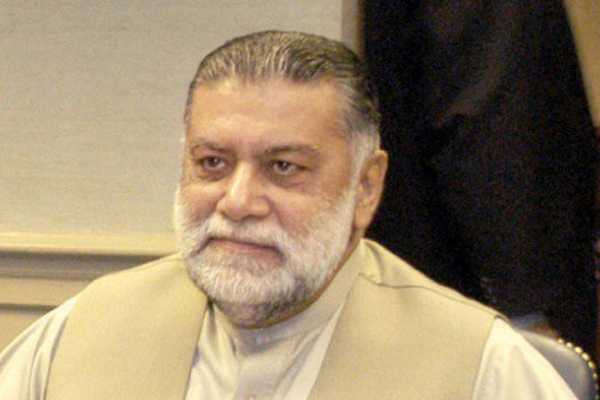 Former prime minister Mir Zafarullah Khan Jamali died at a hospital in Rawalpindi on Wednesday—within a week of suffering a heart attack that required him being placed on a ventilator. He was 76.

Having served as prime minister from November 2002 until June 2004, Jamali was the first—and thus far only—Balochistan native to be elected to the highest office in Pakistan. He stepped down from the position after Gen. Pervez Musharraf sought his resignation in 2004, and was replaced by Shaukat Aziz.

In 2017, the PMLN issued a show-cause notice to Jamali after he did not vote in line with the party’s policy on a bill allowing Nawaz Sharif to assume the office of party president after being disqualified by the Supreme Court of Pakistan in the Panama Papers case.

Jamali did not finish out the full term of the previous Parliament, stepping down a few days before its completion over health concerns.

Born on Jan. 1, 1944 in Balochistan’s Nasirabad division, Jamali spent his formative years at Lawrence College, Murree, where he completed his O’ and A’ levels in the 1960s. He attended Government College Lahore for his Bachelors and obtained his Masters in History from Punjab University.

Following the death of his uncle in 1967, he became more invested in politics, but did not formally join any political party.

In 1970, after then-military president Gen. Yahya Khan accorded Balochistan provincial status, Jamali contested for a provincial assembly seat as an independent candidate. After losing that election, he joined the Pakistan Peoples Party and contested the 1977 elections on their seat—going on to get elected unopposed to the Balochistan Assembly. He served as the PPP-led provincial government’s minister for information and food during that tenure.

After the PPP government’s ouster in 1977, Jamali quit the party and joined military ruler Gen. Ziaul Haq’s cabinet as minister of state for food and agriculture in 1982.

In 1985, he contested for a National Assembly seat from Balochistan and was elected unopposed from his native constituency. After the elections, he was inducted into the federal cabinet as the minister for water and power.

After the dismissal of Prime Minister Muhammad Khan Junejo’s government, Jamali was appointed the caretaker chief minister of Balochistan. He then contested the 1988 elections for the national and provincial assemblies, winning both seats.

In 1990, Jamali contested on the platform of the Islami Jamhoori Ittihad, but lost to the PPP’s Mir Nabi Bukhsh Khosa. A year later, the Nawaz Sharif-led government appointed him Pakistan’s representative to the United Nations.

Prime Minister Imran Khan, in a posting on Twitter, said said he was “saddened to hear of the passing of” Jamali, and sent his condolences to the deceased’s family. Army Chief Gen. Qamar Javed Bajwa also expressed “heartfelt condolences” on the former prime minister’s death. “May Allah bless his soul and give strength to the bereaved family to bear this irreparable loss,” the Inter-Services Public Relations quoted him as saying in a post on Twitter.