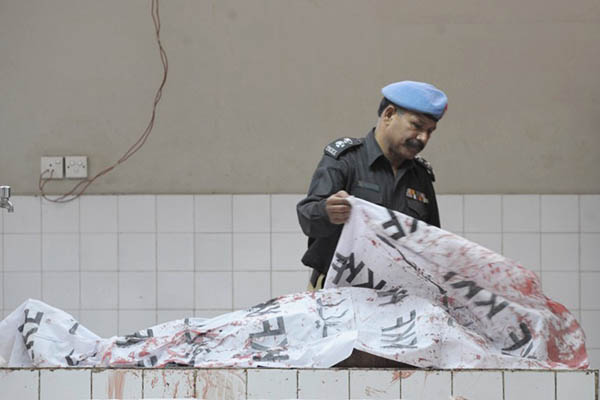 The incident happened in the impoverished neighborhood of old Golimar where Rangers had launched a targeted operation against the proscribed Balochistan Liberation Army (BLA) on an intelligence tip-off.

“The criminals opened indiscriminate fire on the Rangers, prompting the force to fire back which killed four notorious BLA terrorists,” said Rangers spokesman Major Sibtain Rizvi. He said six insurgents were also arrested during the operation, adding they were all involved in anti-state activities and targeted killings.

The BLA mainly operates in Balochistan, the largest of Pakistan’s four provinces, but its roughly seven million inhabitants have long complained they do not receive a fair share of its gas and mineral wealth.

Rebels began their fifth insurgency against the state in 2004, with hundreds of soldiers and militants killed in the fighting.