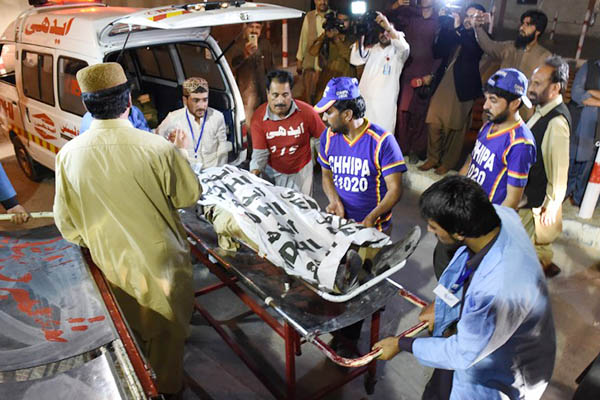 Four Christians were shot dead in southwestern Pakistan on Monday, police said, in an attack claimed by the Islamic State group.

The incident occurred in a Christian-majority neighborhood in the city of Quetta, capital of the Balochistan province, and officials said it appeared to be a targeted attack on the religious minority.

“Three members of a family, including a woman, were killed when the motor rickshaw they were [in]… came under attack,” Moazzam Jah Ansari, the police chief of the province, told AFP. “The rickshaw driver, who was also a Christian by faith, is among the dead.”

A child was injured in the attack and is receiving treatment at a hospital, officials added. Ghulam Ali Baloch, a local official, said her injuries were not life-threatening. “Initial investigations suggest the people were ambushed because of their faith,” Ansari said.

The Islamic State group’s affiliate in Afghanistan and Pakistan—Islamic State-Khorasan Province—claimed responsibility for the attack, the SITE Intelligence Group said.

Islamist militants have in the past attacked Christians and other religious minorities in Balochistan. In December last year, two suicide bombers blew themselves up at a Quetta church, which was packed with worshippers, killing nine people and wounding over a dozen.

In addition to Islamist extremists, ethnic Baloch militants have been fighting a low-intensity separatist insurgency in the province for years, often bombing infrastructure like railroads and power lines. Christians make up less than two percent of Muslim-majority Pakistan’s 200 million people, and have long faced discrimination and violence.