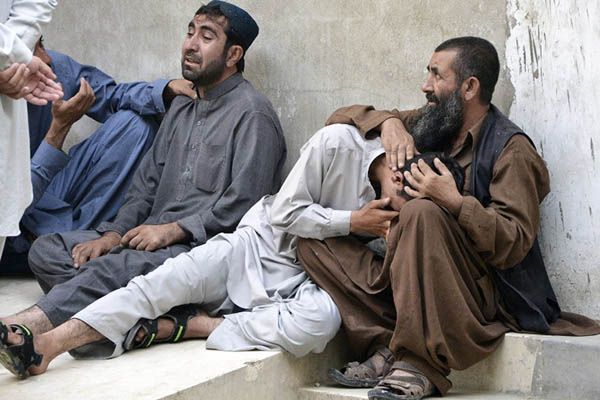 One of the shooters escaped while the other was killed in a shootout.

Two policemen, a suspected militant and a woman bystander were killed in a clash in Quetta on Monday, police said.

The shootings took place in Kerani, a neighborhood on the outskirts of Balochistan’s capital, when police stopped two suspected militants on a motorcycle, said senior police official Zahoor Afridi.

“When policemen stopped them, the gunmen on motorcycle opened fire. One of the suspects was killed, while the other was wounded but he managed to escape,” Afridi said.

A female passer-by and her daughter were wounded in the shootout. As police were taking them to hospital, another gunmen fired at them and killed two policemen and the wounded woman, Afridi said. Senior police official Abdul Razzaq Cheema confirmed the details.

Afridi said the dead suspect had been identified but did not name him. He said his brother was wanted for several sectarian murders.