Four Egyptians on Trial for Brutal Killing of Dog 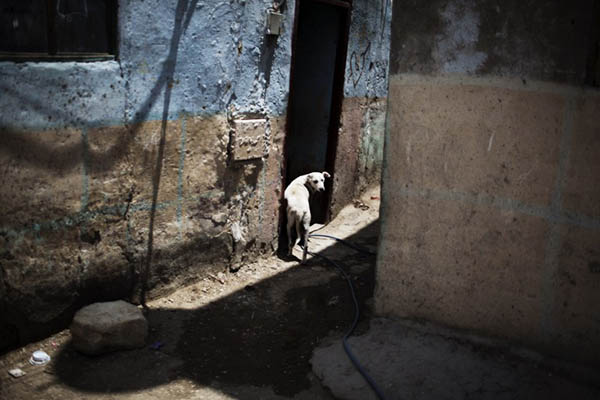 Legal action being seen as rare victory for animal rights activists in Egypt.

Four men face trial in Egypt after horrific footage of the brutal street killing of a dog sparked outrage globally after it was aired on the Internet, an official said Saturday.

Among them is the animal’s owner, who said at the time that he was powerless to prevent the killing.

In the video, three men who had argued with the owner chained the dog to a street lamp at night and then stabbed and hacked the terrified animal with knives as onlookers failed to intervene. Some could be heard pleading for mercy, however.

The three men had brawled with the owner of the dog, which bit one of them during the fight. They later demanded that the owner hand over the dog and he did, police said on Thursday. Before their arrest, one suspect told a newspaper that the dog had bitten him “in a sensitive part” days before his wedding and that he wanted revenge.

The owner, identified as Mohamed Sayed, told an Egyptian news website that he had to watch his dog die and could not intervene. He later posted a video on Facebook showing him playing with the dog, named Max. “I’m sorry Max, I had no choice,” he wrote.

The trial is set to begin on Wednesday, a prosecution official said. An arrest warrant has been issued for the owner, and the three men arrested on Thursday are accused of “torturing to death a domestic animal,” among other charges.

Farid al-Deeb, a prominent lawyer and legal expert, told AFP the suspects could face a maximum of six months in prison if convicted. There had been calls on social media for the arrest of the men after the footage emerged this week, and Thursday’s detention of suspects was a rare victory for animal rights campaigners in Egypt who say authorities often ignore such abuses.