Four Killed in Bombings Across Karachi 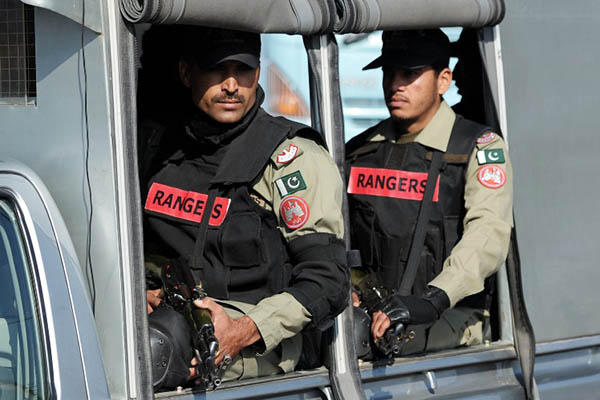 The dead included three paramilitary Rangers and one civilian, while four others were wounded.

In the first incident, two IEDs were placed close to a Rangers’ checkpost in the North Nazimabad neighborhood, killing one soldier and wounding three when they were detonated remotely. “These were the IEDs which were installed in cement blocks targeting Rangers,” said senior police officer Amir Farooqi.

Later, a suicide bomber blew himself up at the entrance of the Rangers’ headquarters located in the same area of the city, killing two troops and a civilian security guard, and wounding another.

“The suicide attacker walked in and tried to enter into the gate when he was intercepted by the security officials and he blew himself up,” said Farooqi. A spokesman for the Rangers confirmed the toll. “The Rangers personnel who spotted and intercepted the suicide bomber will be awarded highest Rangers gallantry award,” he added.

The injured were rushed to the nearby Abbasi Shaheed Hospital for treatment.