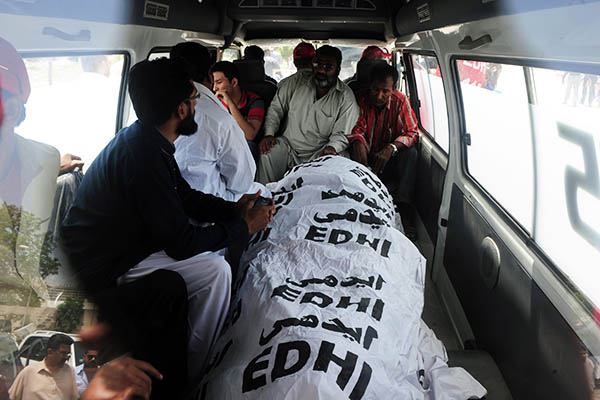 Another 30 wounded in attack targeting a convoy of vehicles passing by a mosque in city’s Delhi Colony area.

A powerful bomb exploded near a mosque in Karachi on Friday, killing at least four people and wounding 30 others, officials said.

The blast came outside a local mosque in the city’s Delhi Colony as worshippers were leaving after offering weekly Friday prayers. “Apparently a convoy of vehicles passing the mosque was targeted in the attack,” said Abdul Khaliq Sheikh, a senior police official. “The convoy had three vehicles including one government car. It is not yet clear who was the target.”

Sheikh said that a motorcycle was used in the attack, but it was also not immediately clear whether it was a suicide attack or a planted bomb.

The Pakistani government is in talks with the umbrella Tehreek-e-Taliban Pakistan (TTP) group to end their bloody seven-year insurgency, but the Mohmand chapter has rejected the peace process and claimed responsibility for recent attacks on security personnel. There were no immediate claims of responsibility for Friday’s bombing.