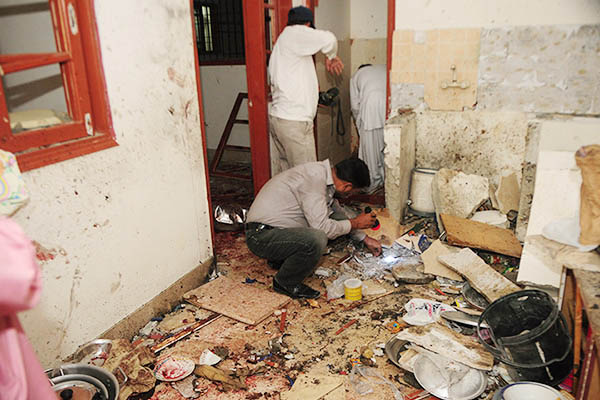 First bomb targeted a government official, while second detonated prematurely inside a house.

The first bomb, targeting a government official, exploded in the Eesa Nagri area, killing a police officer and wounding seven people including the official, police said.

“Apparently the bomb was planted in a motorcycle. One police officer has been killed and seven people injured. Condition of some of them is critical,” said Nasir Lodhi, a senior police official. Lodhi said Matanat Ali Khan, a government official, was the target “but motives and causes of the attack yet to be investigated.”

The second bomb detonated mere minutes later, killing three people inside a house in the Patel Parra area of the city.

Police official Safdar Mashwani said that it appeared the three people were making a bomb inside the house when it exploded, killing them instantly.

“Preliminary investigations show that they were making a bomb which went off prematurely,” Mashwani said.