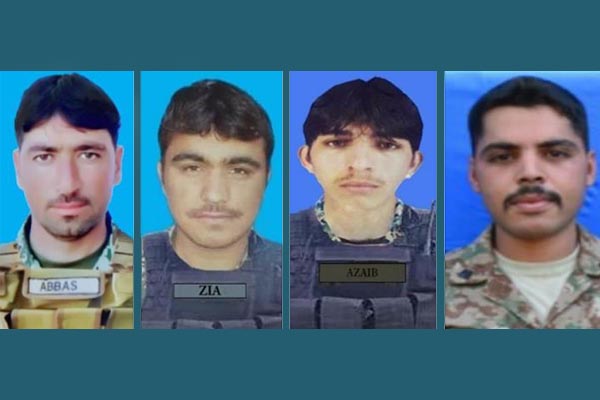 ISPR says three soldiers embraced martyrdom during intelligence-based operation, while a fourth was martyred due to Indian fire at Line of Control

Four Pakistan Army soldiers were martyred in two separate incidents on Thursday, according to statements issued by the Inter-Services Public Relations (ISPR).

In the first incident, a Pakistan Army sepoy was martyred after India opened unprovoked fire at the Line of Control in the latest example of ceasefire violation by New Delhi. In its statement, ISPR said troops of the Indian Army “initiated unprovoked ceasefire violation along LoC in Dewa Sector.” The armed forces responded promptly, it said, and “inflicted heavy losses to enemy in terms of men and material.”

The sepoy, 28-year-old Nabeel Liaqat, was a resident of Gujjar Khan and “embraced martyrdom while responding valiantly to the Indian unprovoked ceasefire violation,” the ISPR added.