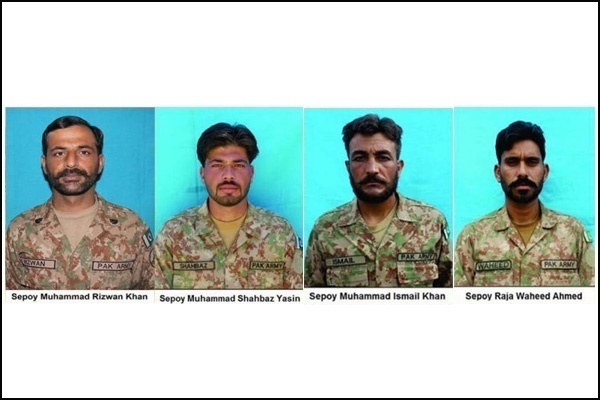 “Four terrorists were killed during an IBO in Vezhda Sar, eight kilometers southwest of Boya, Miranshah, North Waziristan district,” read the statement issued by the Inter-Services Public Relations (ISPR). “Sanitization force conducted [an] operation against terrorists’ hideout in Vezhda Sar this morning. As soon as the troops cordoned off the area, terrorists opened fire. All dug out terrorists were shot down by security forces,” it added.

According to the ISPR, four soldiers were martyred in the exchange of fire. They have been identified as:

Leader of the Opposition in the National Assembly Shahbaz Sharif paid tribute to the martyred soldiers in a posting on Twitter. “No sacrifice is greater than the supreme sacrifice of life for the motherland. Valiant soldiers of our armed forces who laid down their lives in operation in North Waziristan are our heroes,” he said. “The nation will remain grateful to them for their sacrifices.”

Thus far this year, intelligence operations conducted by security forces have resulted in at least 34 terrorists being killed. At the same time, at least 15 soldiers have embraced martyrdom and six others have been injured.