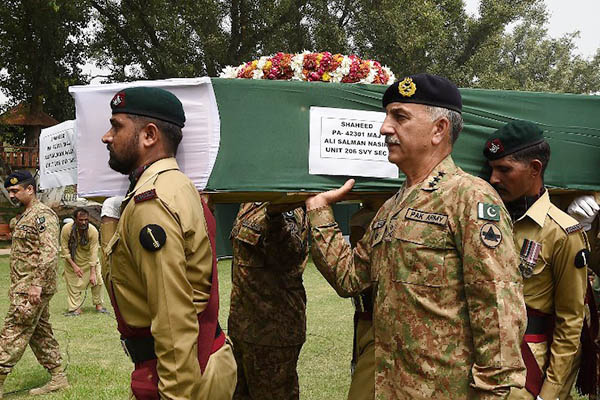 Four Pakistani soldiers were killed in the country’s restive Khyber-Pakhtunkhwa province during a raid on a militant hideout, the military said on Wednesday.

The four soldiers including an officer were conducting a raid in the province’s Upper Dir district in the early hours of Wednesday when the militants opened fire, Pakistan military spokesman Major General Asif Ghafoor said in a statement. “An officer and three soldiers sacrificed their lives while foiling a devastating terrorist activity,” he said.

Violence in Pakistan has declined in recent years following a series of military offensives against insurgents along the northwestern border. The Army launched an operation in June 2014 in a bid to wipe out militant bases in tribal areas and bring an end to the bloody insurgency that has cost thousands of civilian lives since 2004. But the remnants of militant groups are still able to carry out periodic bloody attacks, particularly in the northwest.

The prime minister expressed his “deep grief” over the incident and vowed in a statement to continue anti-terror operations.