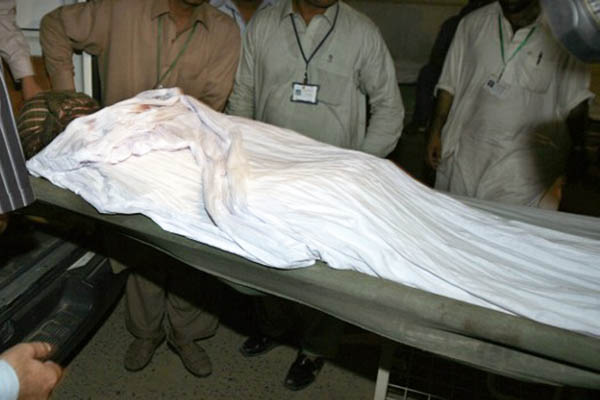 Local police say the women, all reportedly working for a NGO, were targeted by terrorists in Mir Ali

Four women were shot dead in North Waziristan on Monday after unidentified gunmen opened fire on their vehicle near Mir Ali, according to a statement issued by police.

The women were employees of NGO Sabawon, which trains locals in manufacturing handicrafts, said police. However, the NGO has claimed that the women were employed with a local college. They were “targeted and killed by terrorists in the jurisdiction of police station Mir Ali, North Waziristan,” read the statement, which identified the deceased as Naheed Bibi, Irshad Bibi, Ayesha Bibi, and Javeria Bibi.

It said a fifth woman, Mariam Bibi, had survived the attack by fleeing into a nearby house. Meanwhile, the driver of the targeted vehicle, Abdul Khaliq, was injured and is being treated at hospital.

“The dead have been shifted to THQ Mir Ali for postmortem,” read the statement, adding that a search and strike operation had been launched to trace and arrest the terrorists involved in the attack.

No group or individual has thus far claimed responsibility for the attack.

There has been a visible surge in reported terrorist attacks from North Waziristan in recent weeks, with authorities accusing neighboring India of funding and fomenting terrorism in Pakistan through proxies based in Afghanistan.