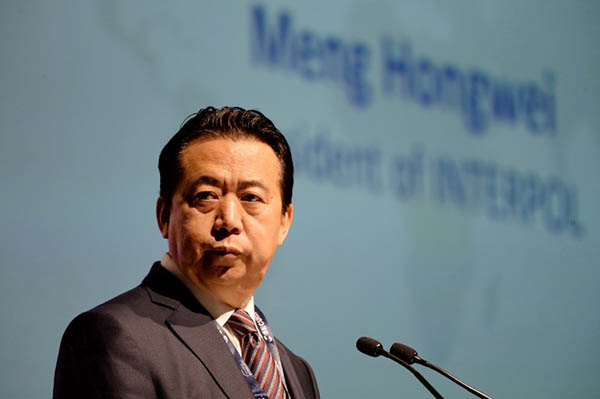 French police have opened an investigation into the reported disappearance last week of Meng Hongwei, the Chinese head of the international police organization Interpol, a source close to the inquiry said.

Meng was last seen leaving for China from Interpol’s headquarters in Lyon, southeast France, in late September, the source said. His wife reported him missing. “He did not disappear in France,” the source told AFP.

Europe reported that he left the country on Sept. 29.

Before being elected head of Interpol in November 2016, Meng was vice minister of public security in China, which critics say gave him control over the secret police. He was the first Chinese leader of Interpol, which connects the law enforcement agencies of its 192 member countries.

It does not have agents of its own with powers of arrest.

Beijing saw Meng’s election as a chance to enlist more international help in tracking down alleged economic criminals, including corrupt officials, targeted by President Xi Jinping’s anti-graft campaign. But the drive, known as Operation Fox Hunt, has led to claims in some countries that Chinese law enforcement agents have been operating covertly on their soil without the approval or consent of local authorities.

Since it began several top officials have been detained and charged with crimes including “severe disciplinary violations,” a phrase which usually refers to corruption or graft. Meng’s term is scheduled to run until 2020.