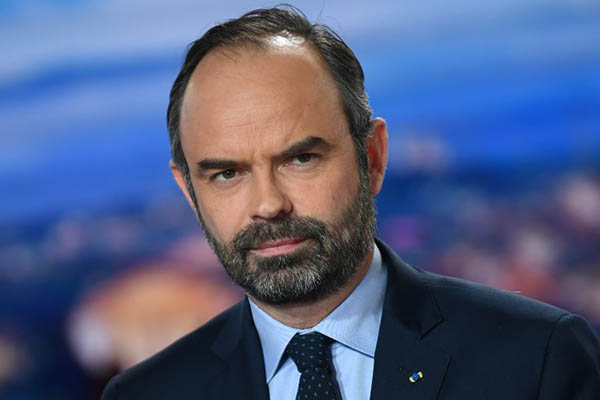 Seven weeks into an anti-government rebellion marked by weekly clashes in Paris and other French cities, Philippe said the government would back a “new law punishing those who do not respect the requirement to declare [protests], those who take part in unauthorized demonstrations and those who arrive at demonstrations wearing face masks.” He also announced plans to ban known “troublemakers” from taking part in demonstrations, in the same way known football hooligans in the past had been banned from stadiums. “That measure worked well,” he said, referring to the stadium ban.

In future, Philippe said, the onus would be on “the troublemakers, and not taxpayers, to pay for the damage caused” to businesses and property during the protests, which began peacefully in mid-November over taxes but quickly became radicalized.

Many of the protesters are demanding that President Emmanuel Macron resign—demands dismissed as undemocratic by the government.

On Saturday, demonstrators used a construction site vehicle to smash open the doors of a government building. A former professional boxer was also caught on camera beating up police officers. “Those who question our institutions will not have the last word,” Philippe said, announcing plans to deploy 80,000 security force members nationwide for the next ‘yellow vest’ demonstration expected at the weekend.