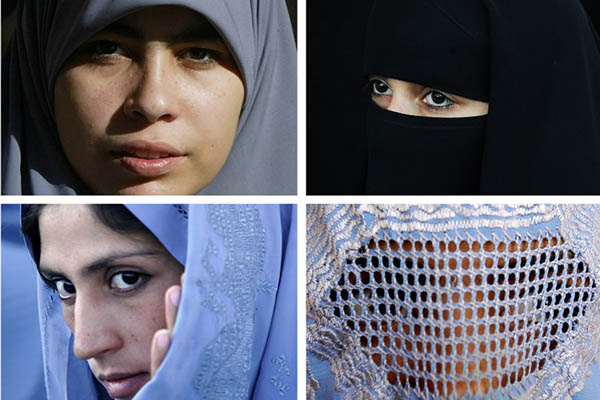 What does French law actually say about the garments stoking controversy in the staunchly secular state?

Burkinis banned on dozens of beaches, no veils in schools, no niqabs in the neighborhood: in staunchly secular France, the law imposes an array of restrictions on anything denoting religious affiliation.

In 2010, France became the first country in Europe to ban the full-veil with a law banning “the covering of the face in public spaces” which was adopted in October 2010 and applied in April a year later. The ban, which applies everywhere from the street to public transport, targeted both the burka, a voluminous garment which covers the whole body and hides the eyes behind a mesh-like fabric, and the more common niqab face veil.

With non-compliance punishable by a fine of up to 150 euros, the law was challenged at the European Court of Human Rights (ECHR) on grounds it breached religious freedom. But in 2014, the court rejected the challenge, and upheld the ban.

In the first five years of the law’s application, French officials imposed just over 1,500 fines.

Under terms of an earlier law passed in 2004, pupils in the public school system are not allowed to wear any symbols or clothing demonstrating any “conspicuous” sign of religious affiliation, which includes crosses or the kippa Jewish skullcap. The secularization of France’s system of public education is written into the constitution, the text that has the greatest authority within French law.

What is ostensibly behind the various laws is France’s commitment to the principle of ‘laicite’ or secularism—the separation of Church and state—which was enshrined in a flagship 1905 law.

The ban on wearing headscarves does not extend to universities but the question regularly comes up. “We must do it,” said Prime Minister Manuel Valls in July.

In the public sphere, the law requires public sector workers to respect a “strict neutrality” but the question of wearing a veil within a place of business has not been settled legally. Nothing forbids it in principle, but some employers oppose it, particularly when it affects their commercial activity.

A veiled engineer who refused to take off her headscarf despite the protests of a client was dismissed for gross misconduct. The case has now been taken to the European Union’s Court of Justice (CJEU), which is based in Luxembourg.

Debate over the issue has once again made global headlines after a number of towns and villages, mostly along the Cote d’Azur, decided to institute a ban on their beaches of garments which ‘conspicuously’ display religious affiliation.

Such decrees insist on the wearing of “proper attire, which is respectful of good morality and the principle of secularism”—wording which effectively refers to the ‘burkini’, a full body swimsuit covering the hair down to the ankles which is worn by very few women.

The move, which comes after months of deadly jihadists attacks across France, including a grisly hit-and-run attack in Nice last month which killed 86 people, was initiated by a handful of local mayors on grounds it would prevent public order offences. France’s administrative court initially gave its stamp of approval, but on Thursday, the Council of State, the nation’s highest administrative court, will examine a challenge to the ban on grounds it stigmatizes Muslims.