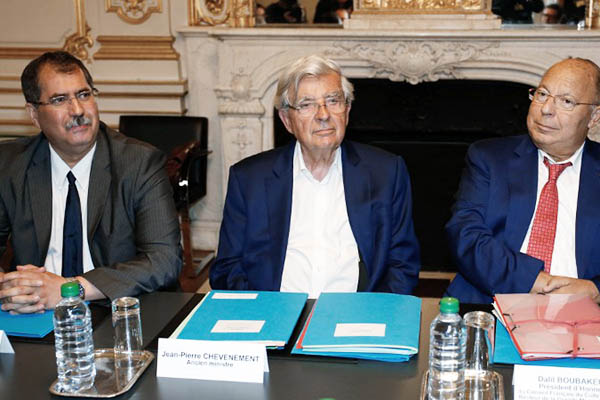 Jean-Pierre Chevenement claims it was in ‘bad taste’ for women to wear burkinis two weeks after Nice attack.

The 77-year-old former defense minister chosen to head France’s new Foundation for Islam on Monday called on conservative Muslims to try harder to integrate into society.

The appointment of Jean-Pierre Chevenement sparked controversy in August, with many questioning why the post went not to a Muslim, but to a political veteran known for his rigidly secular views. Shortly after his nomination, he came under fire for tweeting that Muslims should “be discreet, like everyone else,” in the midst of fiery debate over the “burkini” full-body swimsuit.

On Monday, he told a group of foreign correspondents he found it “in very bad taste of those [burkini-wearing] women to go bathing two weeks after the Nice attack, 20 or 30 kilometers away” from where 86 people were killed by a rampaging radicalized truck driver. “It was bound to cause surprise, consternation and unease in the rest of the population,” Chevenement argued. “Out of friendship for my compatriots of Muslim origin I’m asking them to make a little effort to adapt to the customs of the host society.”

But Chevenement, who served as interior, defense and education minister in successive Socialist governments in the 1980s and 1990s, said he opposed further restrictions on Islamic clothing in public places.

Several southern French beach towns near Nice banned the burkini over the summer, but the restrictions were struck down by courts. In 2010, France became the first country in Europe to ban the full veil in public spaces.

“I prefer to convince people rather than regulate,” Chevenement said, adding that the strict rules separating religion from public life in France were not meant to be “anti-religion.”

The Socialist government, in creating an Islamic foundation, aims to open a new chapter in relations between France and its estimated 4-5 million Muslims in the wake of a series of jihadist attacks. On Sunday, the country will mark the first anniversary of the carnage wrought by a group of mainly French-born Islamic State jihadists, whose attacks on Paris nightlife spots killed 130 people and unleashed divisive debate over Muslim integration.

In contrast to the French Council of the Muslim Faith, which handles religious matters, the Foundation for Islam will focus on lay issues, such as teaching foreign-born imams about French culture and setting up scholarships for promising Muslim students.

Chevenement said the biggest problem facing young Muslims was unemployment, and “the feeling that a CV from someone called Ali has less chance of being accepted than a CV from a Paul or a Pierre,” which he said was not always borne out by reality. Big public and private companies had made progress towards greater diversity in the workplace, he said. “Honestly, I think we should not always point a finger at the host society,” he said.