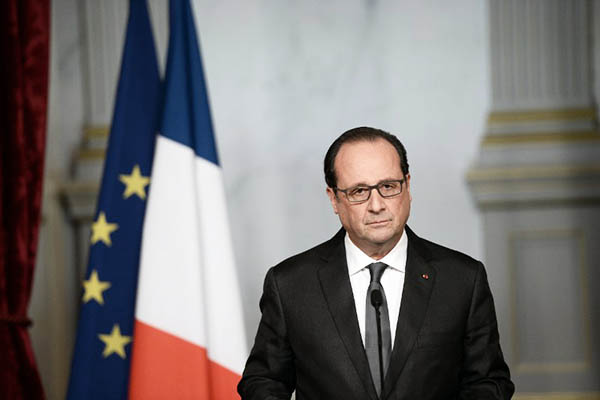 French President Francois Hollande on Saturday blamed the Islamic State group for the attacks in Paris that left at least 128 dead, calling them an “act of war.”

The multiple attacks across the city late Friday were “an act of war… committed by a terrorist army, the Islamic State, against France, against… what we are, a free country,” Hollande said.

France has been on high alert since attacks in January against Charlie Hebdo and a Jewish supermarket that left 17 dead. Security had begun to be stepped up ahead of key U.N. climate talks to be held just outside the French capital from Nov. 30, with border checks restored from Friday.

More than 500 French fighters are thought to be with Islamic State in Syria and Iraq, according to official figures, while 250 have returned and some 750 expressed a desire to go. France has joined U.S.-led airstrikes on I.S. targets in Iraq for over a year and in September began bombing the jihadists in Syria. Eyewitnesses say Friday’s attackers told victims they were retaliating for the French military intervention in Syria.