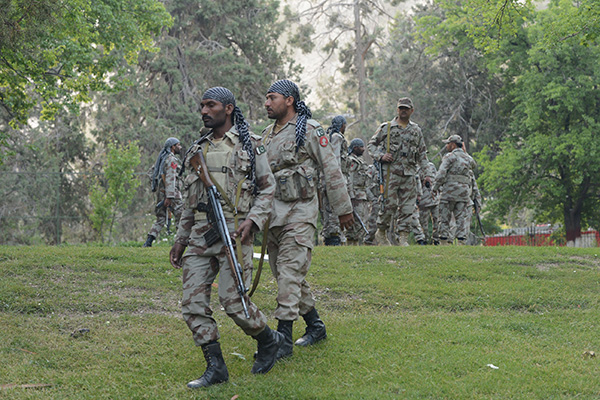 At least 11 students were killed and around 20 wounded when a bomb planted in a women’s university bus exploded in troubled southwest Pakistan on Saturday, officials said.

No group has yet claimed responsibility but Islamist militants who oppose female education have carried out similar attacks in the past.

“It was an improvised explosive device placed in the women university bus” in Quetta, the capital of Balochistan province, said city police chief Zubair Mahmood. “The dead were all women students,” he said.

The bomb exploded after the women students had boarded and the bus was leaving the university. “We are investigating if it was a remote-controlled bomb,” the police official said. Another police official, Fayyaz Sumbal, added that the bus caught fire after the explosion and many students were critically wounded.

A second blast later rocked the city’s main Bolan Medical Complex as casualties from the university bus bombing poured in, police said. The blast in the hospital complex was accompanied by gunfire by unknown assailants, police said but gave no further details.

Relatives and friends of the victims of the first bombing, as well as senior police and government officials who had arrived at the hospital to assess the situation, crowded the hospital when the blast took place.

A senior administration official, Abdul Mansoor Kakar, was killed and another official was injured in the firing, state television reported. The blast at the hospital triggered panic and fear and people rushed for safety, television footage showed. The motive behind the attacks was not immediately clear.