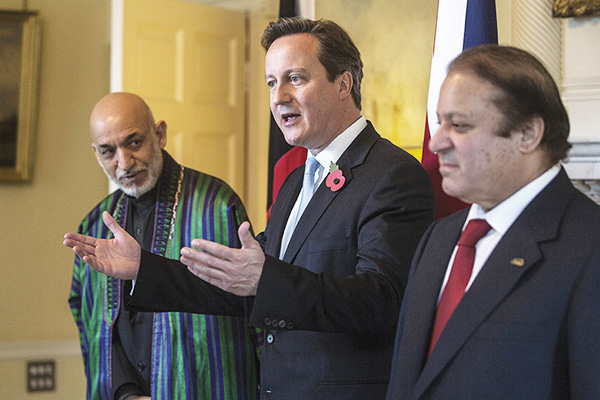 It’s every conspiracy-theorist’s dream come true. On Oct. 12, the U.S. State Department issued a statement claiming U.S. forces had captured senior Pakistani Taliban leader Latif Mehsud in eastern Afghanistan. Initial reports confirmed that he had met with Afghan intelligence officials, but the reasons for this meeting varied from claiming that he had been negotiating a prisoner swap to the Afghans grooming him as a go-between for “peace” talks with the Taliban. The reality was far more sinister. Speaking to The New York Times, Afghan officials confirmed that they were in the process of recruiting Mehsud to “take revenge” on the Pakistan Army. According to the report, Afghans wanted to have a measure of control over the Pakistani Taliban as leverage against Pakistan or, as one official put it, to “foster a mutually beneficial relationship” between Kabul and the terrorists. Kabul has repeatedly asserted that the Pakistan Army supports terrorist elements in Afghanistan to further its own goals. Islamabad in turn has claimed that elements based in Afghanistan are threatening its sovereignty. On Oct. 29, Prime Minister Nawaz Sharif met Afghan President Hamid Karzai during a trilateral summit in London. Karzai is believed to have pushed Sharif for greater support to the peace efforts between his government and the Taliban. After recent revelations, it might be time for Sharif to push back.

Nawaz Sharif doesn’t have the balls to push back ! He’s been in power for 5 months and has still to decide which direction he should take . Heaven help us all ,cos he certainly has no idea what to do !