Home Lightbox From Bahawalpur to Kyrgyzstan, a Pakistani Footballer’s Journey

From Bahawalpur to Kyrgyzstan, a Pakistani Footballer’s Journey 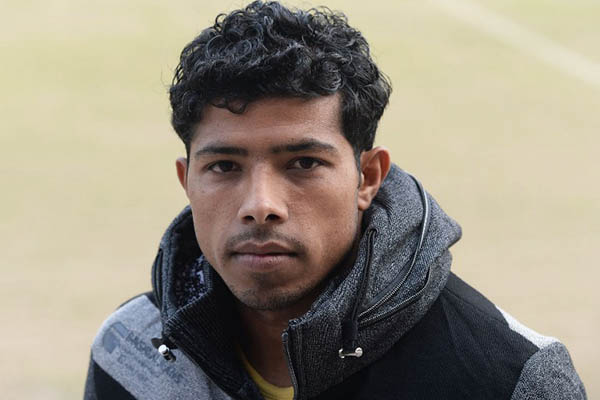 Mohammad Adil is being hailed as one of the best players ever produced by the Pakistan Premier League.

Footballer Mohammad Adil is set to complete a remarkable journey and fulfill his dream of playing for a foreign club, after an impoverished beginning selling sugarcane on the streets.

The 21-year-old has signed a one-year contract with Kyrgyzstan champions FC Dordoi to cap a fairytale rise that has seen him touted as one of the best players ever produced by the Pakistan Premier League. “It hasn’t sunk in yet,” the winger said by telephone from Lahore before his departure. “I am over the moon and very excited that my hard work has paid off.”

Even top-flight football in cricket-mad Pakistan is of a low standard and it is extremely unusual for a player produced by its leagues to move abroad.

Adil hails from a small town near Bahawalpur in Punjab province, where his father used to sell sugarcane. As a boy, he would wheel a sugarcane cart to school, carrying his books and a tattered football.

“Those were very difficult days,” remembers Adil. “I wanted to study and play but I had to take the cart to sell sugarcane after school and then in the little time I used to play football.”

“Adil came to us as an exciting player, willing to achieve his football dreams,” Lutfi said. “For the last three years he has been an integral part of KRL and we are now close to achieving a hat-trick of league titles and Adil has a major hand in it.”

Adil’s main asset is his speed, which he uses to make marauding runs at the opposition and set up teammates. He was KRL’s best player as the club finished runners-up in the Asian Football Confederation President Cup last year. He helped KRL draw 1-1 against Dordoi, then scored a scintillating goal in the 2-0 win over Palestinian club Hilal-Al Quds before they lost the final.

That, plus another fine show in an AFC Challenge Cup qualifier against Kyrgyzstan, caught the eye of the Dordoi hierarchy. “Luckily for me, Pakistan’s former coach Zavisa Milosavljevic (from Serbia) has taken over Dordoi club and since he liked my style he completed my signing and it would be great to play under him,” said Adil, who idolizes Argentinian star Carlos Tevez. “I like the way Tevez plays and once a Dutch coach told me that I play like him which is the biggest compliment I have received, but I have a long way to reach his standards.”

A stint with Dordoi will help Adil improve his stature as well as his living standard. The selfless star says he wants to use some of his new pay packet to send his father on the Muslim pilgrimage to Mecca. “I am sure this contract will help me send my father to Haj and help my brother who also loves playing football,” said Adil. “It will also help boost our football and the Asian clubs will get to know that we are also progressing well.”