Home Lightbox From BOL to LOL

From BOL to LOL 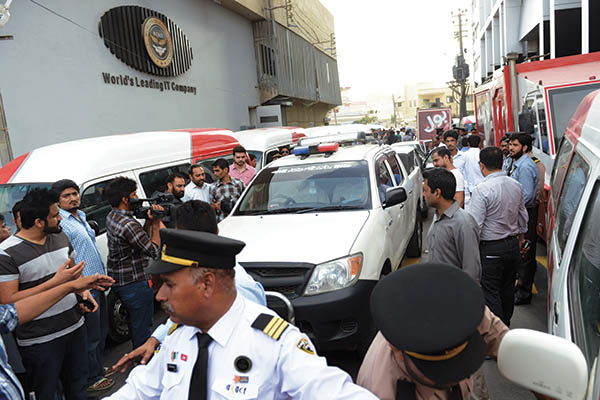 Pakistan’s Federal Investigation Agency raided Axact’s offices in Karachi and Islamabad a day after The New York Times exposed the self-proclaimed “world’s leading IT company” as one big con. The FIA has detained Axact employees and seized hardware for its own investigation into the company’s extensive and lucrative network of fraudulent sales of fake high-school and college degrees. Crying conspiracy, the Pakistani company has issued a defense as resolutely unconvincing as its repeated claims about the scale and nature of its business. The scandal should also seal the fate of Axact’s media enterprise, BOL, which poached top anchors and investigative reporters (whose reputations are now collateral damage) and threatened to price out its would-be media competitors. But the exposé is good news for the ISI, which many believed was behind BOL’s seemingly limitless funding. Axact’s founder, Shoaib A. Shaikh, had vowed to make global headlines with his business. It finally is—for all the wrong reasons.