Home Scope From Professor to Savior

From Professor to Savior 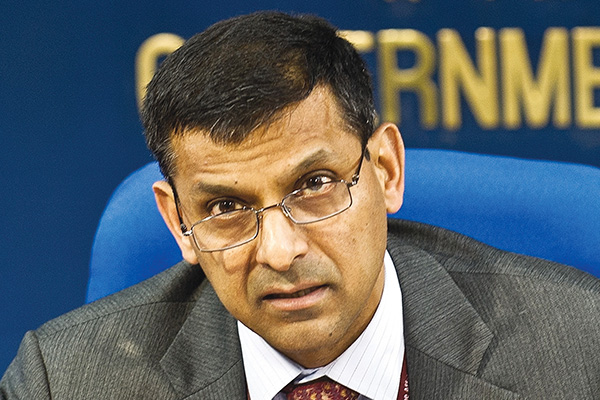 And you thought your first week of work was tough. Imagine taking the helm of the central bank of the world’s second-most-populous country and its 10th-largest economy at a time fraught with economic peril. Or perhaps more vividly: imagine helming a huge, leaky ship as it sputters toward a maelstrom.

That’s precisely the burden Raghuram Rajan, a 50-year-old University of Chicago professor, bears. On Sept. 5, he assumed the position of governor of the Reserve Bank of India for a three-year term.

The central bank’s offices in Mumbai are a long way from the placid, Gothic campus on the south side of Chicago that Rajan has called home for most of the past two decades. But Rajan has displayed an ability to straddle the worlds of a detached university in the developed world and the real-world problems of the developing world.

A native of Bhopal, India, he sports a technocrat’s dream résumé: an engineering degree from the Indian Institute of Technology and a Ph.D. in management from the Massachusetts Institute of Technology. First appointed to teach at the University of Chicago in 1996, he has held posts as chief economist of the International Monetary Fund (2003-06) and served in formal and informal advisory economic posts in India, all while churning out academic papers and popular books, including Fault Lines: How Hidden Fractures Still Threaten the World Economy, which the Financial Times declared the business book of 2010.

Central bank chiefs are supposed to be seekers of consensus and experts in not rocking the boat. But Rajan isn’t afraid to speak truth to accepted wisdom. At a 2005 conference honoring U.S. Federal Reserve chairman Alan Greenspan, he presented a prophetic paper that argued that the supercharged financial industry brought too much risk with too little potential reward. (At the time, Larry Summers dismissed Rajan as “slightly Luddite.”) More recently, he has angered economists on the left by challenging the Keynesian suggestion that the government borrow more to boost demand. As he wrote in an influential 2012 Foreign Affairs article that raised the ire of economist and New York Times columnist Paul Krugman: “Rather than attempting to return to their artificially inflated GDP numbers from before the crisis, governments need to address the underlying flaws in their economies.” These problems, he wrote, include insufficiently flexible labor markets and other structural issues.

Speaking of structural problems, the Indian economy Rajan is about to inherit offers up a textbook case of a self-reinforcing crisis.

As Bloomberg Businessweek describes it, India is “an economy with a record current-account deficit, the highest inflation rate among the largest developing nations and company bond yields above 10 percent.” The stricken rupee, off 20 percent against the dollar this year, makes imported oil and food more expensive. Economic growth is slowing down, and analysts are questioning whether the government’s bond rating should be downgraded.

This is a lethal cocktail for which there is no easy antidote. To boost growth, the Reserve Bank of India cut interest rates earlier this year—which only exacerbated the weak rupee. Jacking up rates aggressively to combat inflation and support the currency would send the economy into an even lower gear—and likely exacerbate social and political tensions. But that may have to be Rajan’s first course of action. By Sept. 30, when the fall quarter formally starts at the University of Chicago, he may be pining for the quiet and relative calm of Hyde Park.