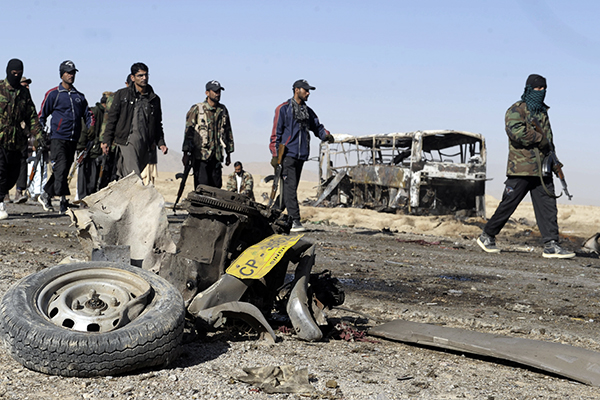 “Around 350 personnel of the [Frontier Corps] and police commandos are carrying out an operation in Mastung and its surroundings that started at 6 a.m. today,” said Frontier Corps spokesman Wasay Khan. “We have nabbed 25 suspects. The operation is ongoing.” He said two helicopters were providing air cover to the personnel.

A military operation against sectarian terrorists was the key demand of thousands of bereaved Shia protestors who took to the streets across Pakistan following the Jan. 21 bus bombing in Mastung that killed at least 24 Shia pilgrims traveling back from Iran.

Interior minister Chaudhry Nisar Ali Khan and information minister Sen. Pervaiz Rashid were in Quetta on Thursday evening where they promised protestors that the federal government would order a “targeted operation” to mop up Shia-killing terrorists from the provincial capital and from Mastung. This announcement put a peaceful end to the brave, nationwide protests.

Last year, similar protests by Pakistan’s Shia community, who constitute about 20 percent of the country’s population, led to the sacking of the-then provincial government.

The Pakistani military is also conducting surgical airstrikes on suspected militant hideouts in the federally-administered tribal areas following the back-to-back attacks on security targets in Bannu and Rawalpindi.

PMLN Will Respond to Imran Khan’s Abuse with...