‘Game of Thrones’ Prequel to Broadcast on HBO Max 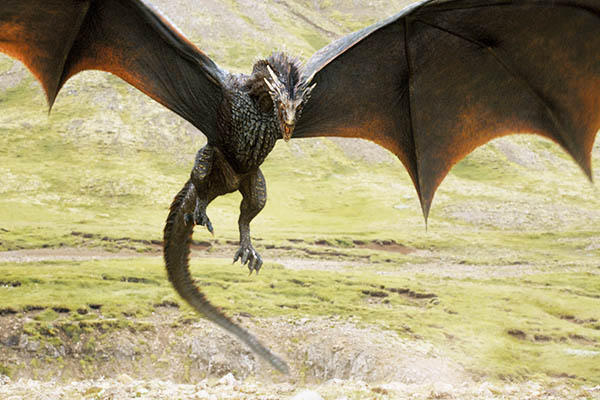 A prequel series to global TV phenomenon Game of Thrones has been ordered, WarnerMedia announced on Tuesday, as it set out launch details for its new HBO Max streaming service.

The new show in George R.R. Martin’s fictional world of Westeros will take place 300 years prior to fantasy epic Thrones and will be called House of the Dragon. The series will be based on the book Fire and Blood, which tells the story of the murderous, dragon-breeding Targaryen family.

“It’s my pleasure to announce today that we are ordering House of the Dragon straight to series for HBO,” Casey Bloys, president of programming, told a Los Angeles launch event for HBO Max. “It tells the story of House Targaryen and the early days of Westeros.”

Thrones, known for its graphic violence and sex as well as its unprecedented budget and production values, ended its eight-season run earlier this year with 59 Emmys—a record for a drama or comedy at television’s equivalent of the Oscars.

The new prequel has been co-created by Martin and Ryan Condal (Colony), who will write the 10-episode series and serve as showrunner alongside Miguel Sapochnik.

Sapochnik directed multiple Game of Thrones episodes including the Emmy-winning “Battle of the Bastards.”

HBO Max, WarnerMedia’s new Netflix rival, will launch in the United States in May, and will cost $14.99 per month, it was also revealed. The platform will feature original shows including a Ridley Scott sci-fi and exclusive streaming rights to satirical cartoon South Park. It will offer around 10,000 hours of content at launch, including all 23 South Park seasons and three new seasons to follow.

Original shows will be largely released on a weekly basis, rather than dropped in one go for binge-watching, because “we like creating cultural impact,” said HBO Max COO Kevin Reilly. “Our creators also see the difference in rolling out shows gradually and letting them breathe,” Reilly said. “HBO hits like Succession and Chernobyl became part of the zeitgeist with a weekly release schedule, rather than fading quickly after a binge and burn.”

The platform will feature from launch a library including Friends—described by Reilly as “the pinnacle of streaming titles” thanks to both its original network audience and Generation Z newcomers—and popular sitcom The Big Bang Theory. Existing HBO subscribers will have immediate access to HBO Max at no extra charge.

HBO Max users will be able to “follow” other users’ profiles on the platform, to give them recommendations based on what “talent and influencers” enjoy. In previously announced content, JJ Abrams appeared on stage to confirm his sci-fi Demimonde is in the works.

The presentation ended with Bloys’ surprise announcement of “the next great chapter in George’s saga.” No details of the Thrones prequel’s launch date were announced. The news comes hours after reports in the Hollywood press that another, separate Game of Thrones prequel starring Naomi Watts had been cancelled. A pilot had been made but HBO decided not to take the show to a full series, it was reported. HBO did not confirm the news.

As many as five Thrones successor series have been put into early stages of development by HBO, but before Tuesday’s announcement only the reportedly scrapped Watts pilot had entered production, and none had received a full series order.