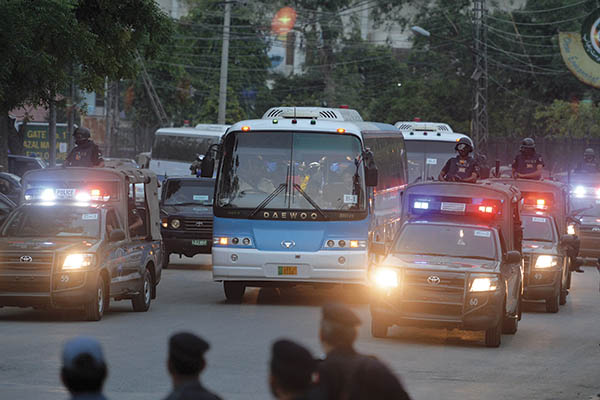 The May 13 bus carnage in Karachi almost scuttled it, but the national Zimbabwe cricket team finally arrived in Pakistan on May 19—marking the first time that a full Test nation is touring since the Sri Lanka team came under terrorist attack in Lahore six years ago, an event that forced Pakistan to relocate all home games to the U.A.E. “Only the best possible security shall be provided,” said Shaharyar Khan, chairman of the Pakistan Cricket Board, which is banking on an uneventful Zimbabwe tour to revive international cricket in Pakistan. Lahore is on high alert with several thousands of police deployed, and the already-sold-out matches are expected to draw tens of thousands of cricket fanatics from around Pakistan to the Qaddafi Stadium. No matter how the Pakistan team performs, and there’s little expectation there, Islamabad deserves credit for coaxing Zimbabwe to tour.