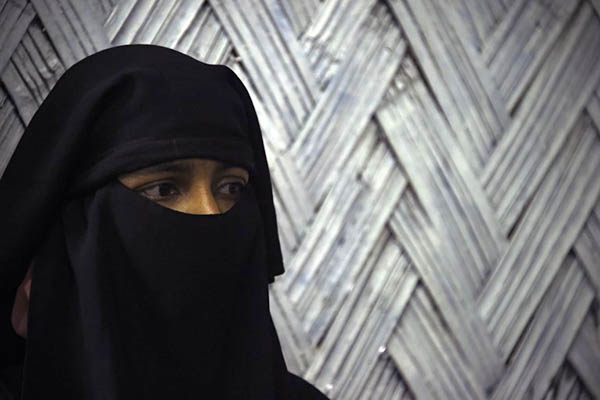 U.N. observers say scores of rape and gang rape survivors have identified their attackers as members of Myanmar military

Shamila clutches her daughter’s hand so tightly it turns white as she recounts how soldiers broke into her home in Myanmar and gang-raped her in front of her children—a story heard over and over in Bangladesh refugee camps.

U.N. observers say they have seen scores of rape and gang rape survivors among the Rohingya who have fled ethnic violence in Myanmar in recent weeks. Almost all said the perpetrators were men in uniform who they identified as Myanmar military. Those cases, experts say, are almost certainly the tip of the iceberg.

The social stigma surrounding rape in their conservative Muslim society and the challenge of finding shelter and food means many women and girls have likely not yet come forward.

Shamila, not her real name, says she was still bleeding from the attack when she arrived in Bangladesh after walking for three days. “All three soldiers raped me,” she said, tears in her eyes, as she gripped the hand of the six-year-old sitting beside her in a pink vest and shorts. “When they left, I ran out of the house with two of my children and followed the crowd of people running for their lives.”

Shamila’s husband was out when the attack happened and she has not seen him since. She does not know where her other three children are—they were playing outside when the soldiers came and had disappeared by the time it was over, she said.

The story of the 25-year-old who now lives in a makeshift camp, is one U.N. observers say they have heard time and again from Rohingya women and adolescent girls fleeing the eruption of violence that started on Aug. 25.

A U.N. fact-finding mission is working in the refugee camps to investigate allegations of rights abuses in Myanmar, including sexual violence. U.N. Special Representative on Sexual Violence in Conflict Pramila Patten said this week she was “gravely concerned” about security operations in Myanmar’s Rakhine state.

Survivors have described sexual violence being used as a “calculated tool of terror to force targeted populations to flee,” she said.

The Rohingya, a stateless Muslim minority, are reviled in Buddhist Myanmar where they are regarded as illegal immigrants. Hundreds of thousands have fled to Bangladesh in recent decades, but the scale of the latest exodus is unprecedented at 429,000.

Now doctors in Bangladesh say they are starting to see survivors come forward. Their stories are strikingly similar—soldiers broke into their homes when husbands and male relatives were out and raped them in front of their children.

Nourin Tasnupa, who works at a clinic run by the U.N.’s migration agency at the Leda refugee camp, said most of the survivors she had treated were beaten before they were raped. She said she had seen women with bruising on their bodies and bite marks on their breasts and genitals.

Based on her experience of the last outbreak of violence in Rakhine in October 2016, Tasnupa believes many women have yet to come forward. “People don’t want to share these incidents with even their family members,” she told AFP. “With the last influx [of Rohingya to Bangladesh, in October], we got cases even after three to four months.”

Human Rights Watch has said the sexual violence seen in October appeared “part of a coordinated and systematic attack against Rohingya.”

U.N. experts in Bangladesh say there appear to be fewer rape survivors among the latest arrivals. But they also say the chaos caused by the sheer number of arrivals since Aug. 25 means the true scale is impossible to determine.

“At the moment it’s a fight for survival,” said Irine Loria, protection officer for gender-based violence at the U.N. migration agency. Loria said the rapes this time appeared to be different in nature and may be more opportunistic.

“Before it seems rape was being used as a tool. People were paraded naked in public, humiliated,” she said. “This time it appears it is more about pushing them out as fast as possible.”

That fits with testimony given to AFP by Ayesha, 20, who came to the clinic in Leda a week after arriving in Bangladesh from Rakhine. When soldiers came to her village in Buthidaung township in northern Rakhine her neighbors fled.

“They came to our village at eight in the morning and they started burning down houses,” said Ayesha, whose name AFP has also changed. “People were fleeing, but I had to take care of my child first.”

Five men in military uniforms came into her house and one raped her while the others looked on, she said. Her husband had already left the village after rumors spread that Rohingya men would be rounded up.

Ayesha has not seen her husband since, but she has learned that he made it to Bangladesh and is hoping to be reunited with him soon.

Shamila’s situation is even more difficult. “I don’t know where my husband or my other children are. I keep asking people but I still have no news,” she said sadly, before picking up her daughter and heading back to the small bamboo shelter they now call home.

Really BAD to see. There should be stop violance of innocent peoples in Rohingya. The whole Muslims community and UN should play role to stop this act.